Zoos - Blogging from A to Z Challenge

I want to thank everyone who visited my blog during this challenge. Your comments were very encouraging and they were such a highlight of my days.

I hope you continue to follow along during the year if you found what I wrote interesting and you enjoyed reading the posts.

Hope you have a great weekend!

The file I had about zoos included handouts and lesson plans from the Minnesota Zoo. One of the handouts focused on the Northern Trail - which we went on in March (last month) for a 4-H field trip.

Some of the animals we saw and information about them follows:

- Usually found in herds, which may be quite large.
- Most often travel at a walk, but they are quick to respond and can travel very fast over rough terrain for extremely long distances.
- They wallow or roll in the dust or mud. This protects them from  biting insects found in their habitat.
- They usually eat prairie grasses until late morning and then will lie and chew cud during the hot afternoon hours. 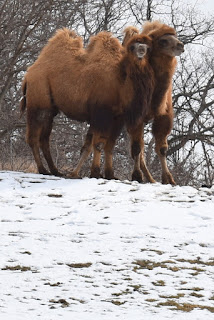 - Usually congregates in small herds of females and calves, and one male.
- Long eyelashes and closeable nostrils are great adaptations for the cold windy climate of the Asian steppe.
- The humps contain fat, not water. These fat stores are useful in times when food is scarce. 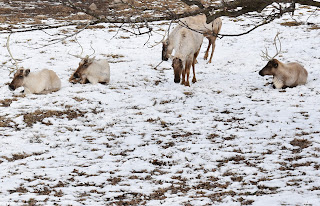 - Live in small herds.
- They have a tendon in their legs that clicks when they walk.
- During blizzard conditions or high winds, this clicking sound helps keep the herd together. 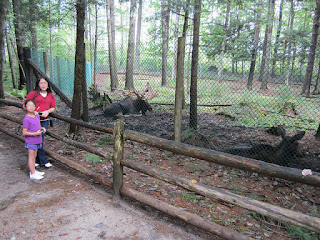 I didn't take a photo of the moose at the Minnesota Zoo.
So, I found this photo of Sophia and Olivia
by a male and female moose at a wildlife sanctuary.
This was taken during our trip to New England.
(Taken on September 9, 2011.)

- The largest of the deer family.
- Usually solitary.
- Young calves may live with their mom for 1-2 years before they go out on their own. 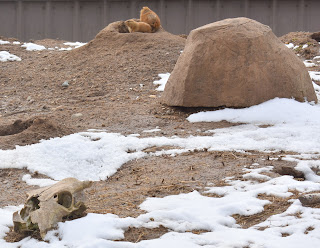 In the process of going through the single file that I had that began with "Z," I recycled 1 bag of clippings and photocopies. This brings the total number of bags of recycling to 20!

It feels good to have so much more space in my homeschooling files; and have only the information and ideas that we will be using during the upcoming year.
Posted by Harvest Moon by Hand at 2:55 PM

20 bags for recycling! What an achievement!
AS usual, even this post was engaging!
Congratulations for completing the #AtoZChallenge with flying colurs, or may i say, lighter and cleaner files!

Love the idea of blogging and then discarding old files. I'd like to declutter my craft room, maybe I could do that for next year's challenge ... we'll see, declutter my way through the alphabet. Well done on completing the challenge. I have bookmarked your site to visit over the next month once the writing commitment to the challenge has finished. Take care :) Linda
A-Z Theme: Values
Letter Z: Z - It's a Mirage

Sophia took part in a Zoo School activity at a local zoo when we were homeschooling. It was great to go behind the scenes. See you at HHM!

Such a good idea to have a clear out but reflect on what you were recycling. I know only to well as an educator how much stuff you accumulate in order to make lessons fun :) Congratulations on finishing the A-Z and I'm sure to be back for more of what you do during the year!
Special Teaching at Pempi’s Palace