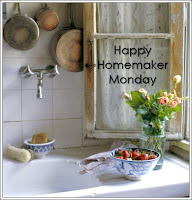 Family Corner
The weather.....has been shifting from thunderstorms over the weekend to overcast. The temperatures have been nice - in the 50s and above for the most part. 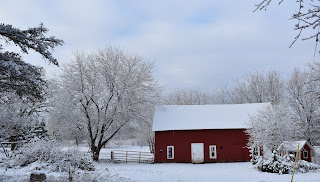 The exception to the warmer weather was one day when
we woke up to a snow-covered lawn and pastures.
The snow melted by the afternoon.
Right now I am....getting as much cleaned as possible before the air duct cleaners come on Tuesday.

Thinking....about how much I enjoy hearing the frogs and red-winged blackbirds sing in the west pasture with the pond.

Reading...a variety of books that were in "Books I Want to Read" file. When I was cleaning out that file for the Blogging from A to Z Challenge, I ordered everything from the library. They range from books I wanted to read to Sophia and Olivia when they were younger to fiction and non-fiction books that cover a range of topics.

On my TV.....I watched Grey's Anatomy and Scandal on Thursday evening. After making food for Easter over the weekend, I laid down on the couch for a bit. 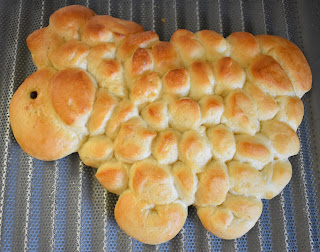 The sheep bread that I made using Rhodes dinner rolls.
It took 13 rolls - 10 for the body (each cut into quarters);
1 for the head; 1 for the ear and tail; and 1 for the legs.
There was a Spring Baking Challenge that I watched for a while. I'm always amazed at how creative the chefs are and how they can create delicious food without printed recipes.

Favorite blog post last week (mine or other)....each week I write about Saving Money and Being Frugal. I focus on frugal choices I made; look at how I worked on financial goals I set for the week plus new goals I set for the upcoming week; and blogging goals as they relate to financial management and home organization.

Something fun to share....on April 11th, we awoke to a fresh blanket of snow. It was "wet snow" (a heavier, packable snow) that was about a inch or two at the most. 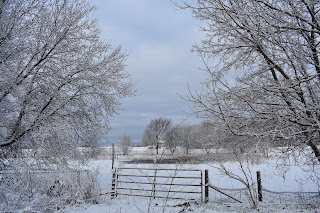 By the afternoon, everything had melted and looked like early-Spring again. 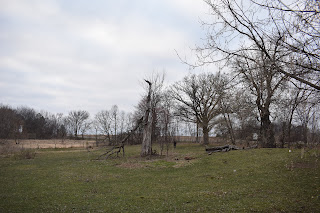 The plants that had begun to emerge - tulips, hyacinths, hostas, bleeding hearts, crocus, strawberries, and rhubarb - all were fine with this brief snowfall.

Blog hopping (newly discovered blog)....Sundrops and Roses features posts about nature, flowers, cooking, and crafting. The most recent post had a lot of beautiful photographs that captured the spirit of Spring and Easter.

On the menu for this week....aren't determined yet since we have some leftovers I'd prefer to use up - like egg bake and ham - before making new food. I also will be at a homeschool conference for some of the days, so I won't be making meals on those days. Though I probably will make some food that can be reheated on those days to make it easier for my family.
On my to do list....in addition to homeschooling:

Monday -  Volunteer at the nursing home to make 12 baskets with some of the residents for welcoming new seniors to the nursing home in upcoming months. Olivia has her weekly gymnastics lesson also in the afternoon and Sophia has her French lesson. While the girls are in their lessons, I'll  pick up the paperwork from the financial planner to set up Roth IRAs for them.

Tuesday - Homeschool co-op for both the girls and a harp lesson for Sophia. Get air ducts and dryer venting cleaned.

Wednesday - Mary B. here in the afternoon and I go to the homeschool conference.

Friday - Olivia has speech therapy. I'm at the homeschool conference.

Sunday - Depending on the weather, have a picnic in the backyard and take the dogs on a longer/special walk.

In the craft basket....I'm going to look through my craft projects and bring them to the homeschool conference so I can work on them in the evening. Will be bringing the northwoods flannel quilt to put the 108 yarn ties on it.

Looking forward to this week....learning new things and being inspired by the speakers at the conference. Having some extended time to get caught up on projects I haven't had time to do at home.

Looking around the house....there's a lot to be done in terms of Spring cleaning. Almost feel like hiring someone to come in and do one of the thorough "move out" cleanings...the kind that are done before a home goes on the market. Having a fresh start would be nice.

From the camera...I finally managed to capture all four dogs together! We were getting ready to leave to do errands and lessons; and all four decided to rest together on the couch and floor. 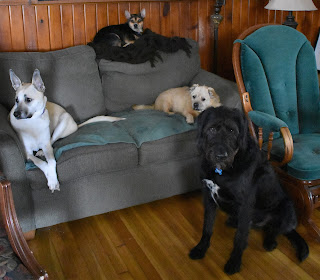 Only three months ago these four met one another (Aspen and Cooper were living with us; and Danny and Scooby were adopted in mid-January). It was a challenging first month with them living together - each bonded pair had to be kept in separate rooms, fed in separate rooms, and let out at different times.

Eventually, they have been able to be in the same room and left along together without fear of a fight breaking out. They range in age from a few years old to 10 years old. They are all great dogs and we're so happy to have them all! 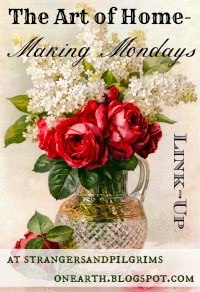 Strangers and Pilgrims on Earth
Posted by Harvest Moon by Hand at 4:30 AM

Your snow looks so pretty but I'm glad it was there and not here ;) I think I much prefer the spring weather (and warmth). Fun photo of the dogs, looks like they are happy and content. Hope you have a great week!

I love any kind of food channel challenge show. I'm addicted to the Great British Bake Off and the ones that come out at Christmas are a lot of fun too. I think one of my favorites is a Baking Challenge that features teams of professional chefs - they make some of the most amazing creations with cake, fondant, and sugar work.

Your Sheep Bread is ADORABLE!!!! I have never seen anything like that I love it. going to make a note for next year!

Have a wonderful conference visit! And I hope your weather stops being bipolar haha! But the snow pictures are beautiful, as is your amazing bread!!! Hope you have a fantastic, albeit busy week!!!

What a clever use of your rolls Anne! Perfect for Easter. I love those baking challenge shows too. And you're obviously just as clever. ;)

Have a blessed week ahead. Yay Spring!! (& hopefully no more snow!) xoxo

Oh my goodness, I can't believe that snow you got, that's insane.

I LOVE LOVE LOVE your sheep bread, that is just adorable :)

Hope you have a fantastic week!

I love your sheep bread - so cute. Hope you have the perfect weather for a picnic. Have a GREAT week.

I commented on last week instead of this week, oops. :-)
I still hope that you are enjoying your week.
Also, how to you keep up with cleaning up after 4 dogs??? I don't think I could manage, but God bless you for it. haha.