Peanuts, Pigs, and Platypuses - Blogging from A to Z Challenge

For the 16th day - Letter P - I am focusing on Peanuts, Pigs, and Platypuses.

- China grows more peanuts than any other country in the world. India is second and the United States is third.
- Two presidents were peanut farmers (Thomas Jefferson and Jimmy Carter).
- On the average, six pounds of peanuts are eaten per person in the United States each year.
- George Washington Carver made 300 products from the peanut plant in the early 1900s - including shampoo, cheese, ink, plastic, shoe polish, wallboard, and ice cream.
- 720 peanuts are needed to make a one-pound jar of peanut butter. 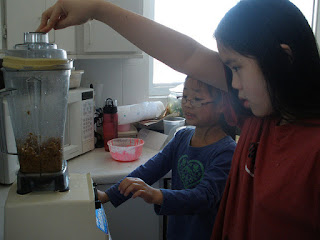 - Peanuts aren't actually nuts. They're legumes - like beans, peas, and lentils.
- Arachibutyrophobia is the fear of peanut butter getting stuck to the roof of your mouth.
- The term "peanut gallery" became popular in the late 19th century and referred to the cheap, rear seats in a theater, where people threw peanuts at those seated below.

- On hot days, pigs can't cool off by sweating the way people do. Their skin cannot make very much sweat. However, mud cools their bodies. It also protects against sunburn. 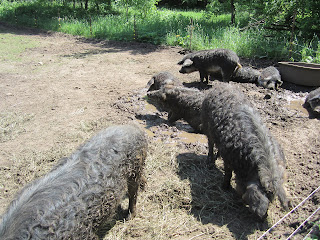 Pigs enjoying being outdoors.
They were rolling and playing in the mud.
(Taken on June 2, 2012.)

- A pig has a keen sense of smell. It uses its long, flat snout to sniff out food, such as insects and vegetables, and roots buried deep underground.
- A pig's squeal can be heard up to half a mile away.
- Pink pigs are covered in white hair.
- Baby pigs can have as many as 14 brothers and sisters. A newborn piglet weighs just 3 pounds. By the time it's grown up, it can be as heavy as a small car.

- A platypus has a sleek body and thick fur like an otter; a flat tail like a beaver; webbed feet and a flat snout like a duck; and a growl like a dog.
-They live in Australia. 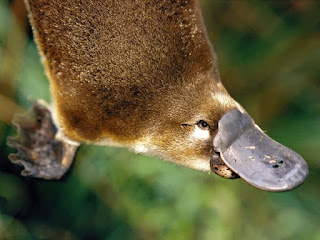 - Males have sharp spurs like a rooster with poison like a snake.
- Females lay eggs, hatch them like a bird, and feed the young with milk like a mammal.
- With nostrils near the upper end of its bill, the platypus can remain hidden under water and breathe with only the tip of its snout exposed.
- The gray pelt has fur even denser than a polar bear or an otter, with 600-900 strands per square millimeter. This keeps the platypus warm and dry.
- The bill isn't hard like a duck's bill. Instead, the bill is soft and has lots of sensitive nerves to help it move through dark, muddy water to find earthworms, grubs, and tadpoles.
- The webbing on the feet retracts to expose individual nails for digging and running. 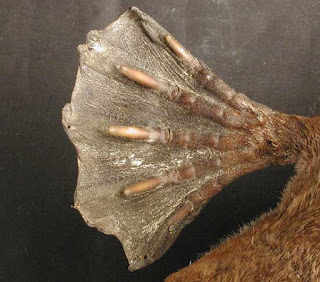 In the process of going through the files that began with "P," I recycled 1 more bag of papers bringing the total now to 14 1/2 bags of recycling!
Posted by Harvest Moon by Hand at 4:00 PM

So much I didn't know about peanuts!!!
http://pempispalace.blogspot.co.uk/2017/04/p-is-for-popular-people.html

Fun and informative post. And you've inspired me to head off and find the peanut butter. :-)