2016 marked the 15th anniversary of Sophia's adoption day. It's hard to believe that 15 years have passed since we were in China meeting her for the first time. How quickly the time has passed.

This year, her adoption fell on a Saturday. It was a special day - not only because of her anniversary - but because she was asked to play the harp at a friend's wedding. 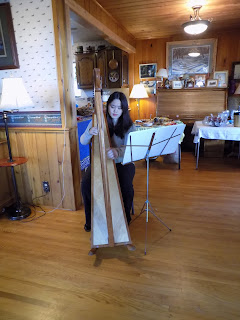 We have known Mary for many years now and she is a wonderful friend and so supportive of our family. She was a widow for a long time before meeting Art at our church's Thanksgiving Eve service last year. 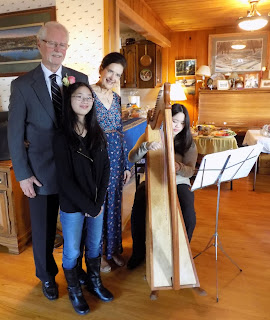 They were married on Thanksgiving weekend - November 26th. This was Sophia's first wedding that she played at which was exciting.

She talked with the pastor who was officiating the ceremony. Tom, the pastor, was one of the pastors when we moved to this area. He and the other co-pastor (also named Tom) came to our home. They were both so engaging and inspiring to talk with. It was nice to be able to have Sophia be at a ceremony that he led. 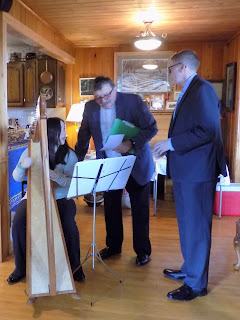 Sophia played for about a half hour for the prelude and then did a solo during the ceremony. 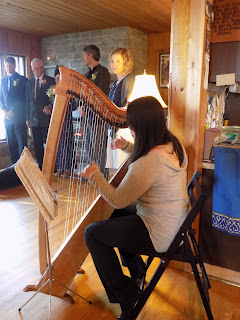 That afternoon she saw "Fantastic Beasts." In the evening, we ate dinner and open presents. 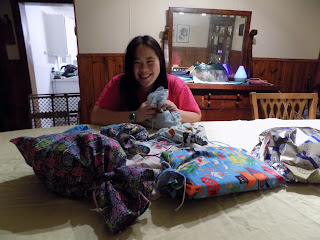 She received one gift for each year she has been a part of our family. 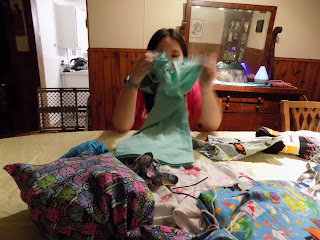 Many of the items are things that are useful or clothing. One of the items that was more of a non-essential item was a hat she tried on and liked at an antique store. 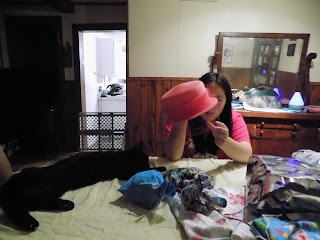 One of the books she received was about the making of "Fantastic Beasts."

Shadow, one of our oldest cats, was laying on the table watching Sophia open gifts. He has hyperthyroidism and his heart is working extra hard these days. He's lost a lot of weight, but still is able to get around. He no longer can jump up high onto things, so we've had to make some adjustments to help him.

We are so thankful that he is still with us...and still wants to participate in special family celebrations. 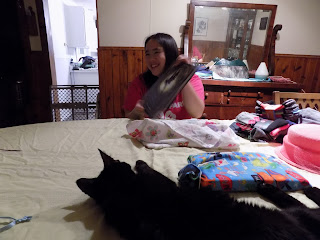 Since we didn't go out to eat on Sophia's adoption day, we went out for breakfast at the Lowell Inn on the following morning for Sunday brunch.

I had not been feeling well for about a week, but wanted to celebrate this special milestone. 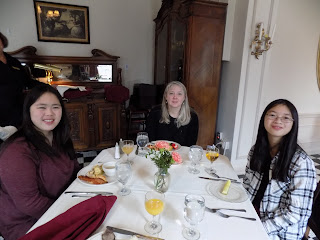 It was a very nice breakfast with a wide variety of entrees, side dishes, and fresh fruit. 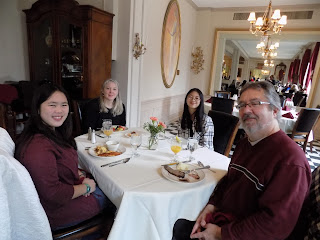 Today is the 13th anniversary of Olivia's adoption day.

We started the day by going to see The Christmas Carol at the Guthrie Theater. To get to the theater, you take a steep elevator to the fourth floor. 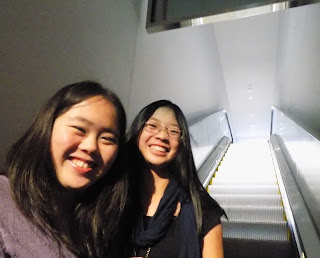 Once you get there, you can walk to an area that leads to an overlook of the Mississippi River and the Stone Arch Bridge. 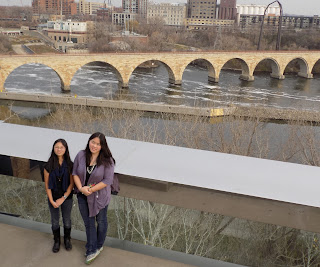 It was a beautiful day - warm enough that we didn't have to wear jackets.

For dinner, we had food from the Chinese restaurant. 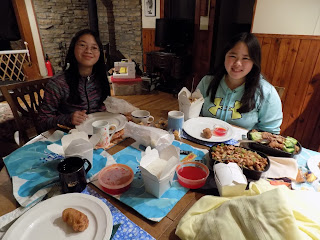 It was nice to eat at home in a more relaxing and quiet setting. 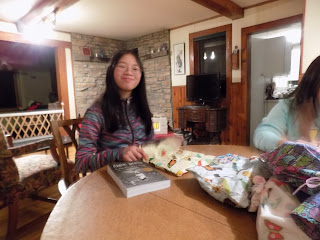 There is one for each year that she has been a part of our family. All were surprises this year with the exception of the hat that she picked out at Gammelgarden Museum. It's a warm fleece hat with a pretty trim that is perfect for cold, winter days. 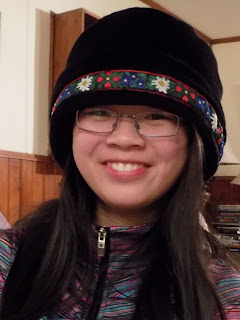 Olivia loves doing puzzles and there was one that we found that has different breeds of dogs. It's only a 1,000 piece puzzle (she's currently at 3,000 piece puzzles), but it's sometimes fun to have an easier puzzle to do when the picture is something that you enjoy looking at while you're working on putting the pieces together. 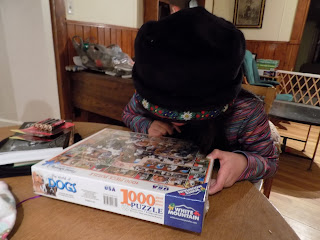 There's a quote on Pinterest that I saw that I liked. I've adapted it to fit Olivia and Sophia:


We have made two people sisters.
Two people will share a childhood because of us.
We have given two people a gift that no one else could: each other. 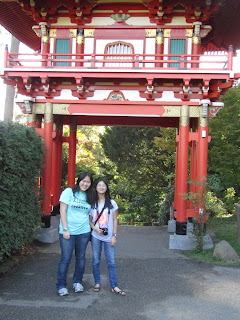 Sophia and Olivia at the Japanese garden in
San Francisco's Golden Gate Park.
October 2016.
Posted by Harvest Moon by Hand at 7:59 PM No comments: