Last year was the first year that I was a leader of a 4-H club, the Soaring Eagles. One of the projects that clubs can do is create a banner that is displayed at the county fair. From the entries at the county fair, two are selected to go onto to the State Fair to be shown in the 4-H building.

Since it was our first year, we wanted to have a banner that was specific to our club and that we could display at each meeting - not only last year but at every meeting in the future.

Although a lot of work was put into the banner by the youth, it wasn't chosen to move forward to the State Fair. The more general ones that promoted 4-H as an organization were chosen.

One club chose to tie in their banner with the county fair theme (which as shown below was "Candyland"). To be honest, I'm not sure why the theme "Candyland" was chosen since it goes against one of the 4 H's in 4-H: health. Regardless, the club creatively interpreted the theme to reflect a major project they undertook in the past year.

We visited another county fair to see other banners that were created.

Most were one-sided banners, although there was a two-sided one. 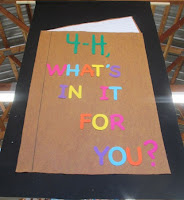 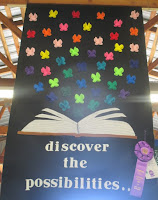 One thing that we saw was that it is important to adhere to what the rules are and not depart from them - like creating a fleece-tied blanket/banner.

The simpler the design with easy-to-read lettering made for the best banners.

There were many that featured the wide variety of subjects that can be learned through 4-H.

At the Minnesota State Fair, we did notice that all the banners promoted 4-H as an organization rather than a specific club or project area. 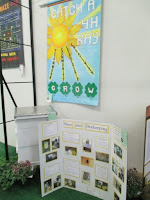 There were tie-ins to books or movies. 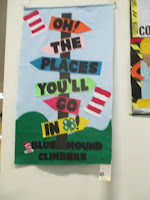 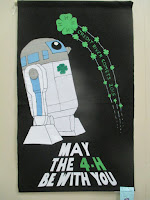 There were banners that were clever and unlike anything we've ever seen. 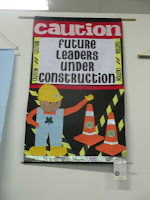 One of our favorite ones was a banner that had three-dimensional elements that made the banner stand out from the rest. It also tied into 4-H's emphasis on STEM activities and projects. 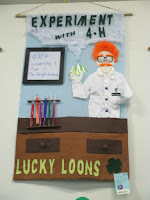 There were banners that tie into games. 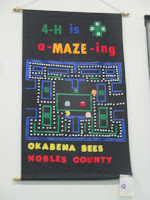 Some banners had the same theme, but were interpreted in different ways. 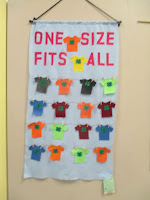 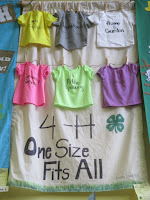 What was helpful in one case was where almost the same design and concept were used, but the presentation and details of one over the other was quite different. 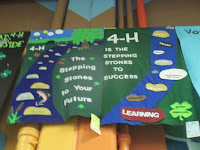 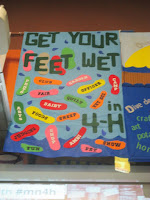 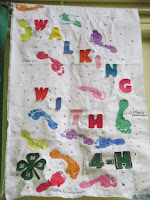 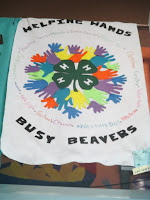 As with the county fair, there were banners that focused on a variety of projects that can be done through 4-H. 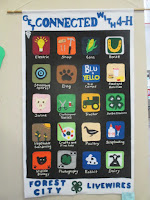 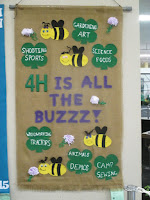 Each banner reflected a lot of work, thought, and creativity on the part of the youth who created them. 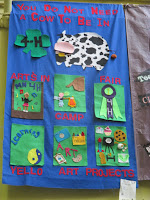 With so much inspiration, it will be fun to see what our 4-H club's banner committee comes up with for its design. 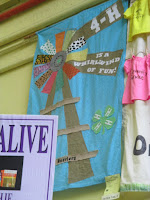 Posted by Harvest Moon by Hand at 8:39 AM