Cats, Character, and Chinese Inventions - Blogging from A to Z Challenge


For the third day (Letter C), I am focusing on Cats, Character, and Chinese Inventions.


- Came across a pattern for a "country cottage" for a cat. The designer created an nice home for an outdoor cat from plywood. It was covered with sheet moss, tree bark, and dried flowers. 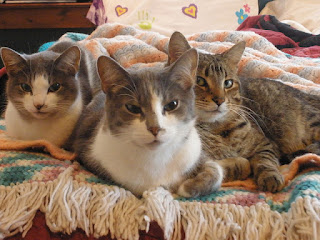 A rare picture of Meenie, Eenie, and Lucy sitting together.

Although our cats all live indoors, I've thought about how it would be nice for them to spend some time outdoors when the weather is nice, but in an enclosed area so they are safe from eagles and hawks (which are commonly seen here). The little wooden cottage could be in the enclosure. 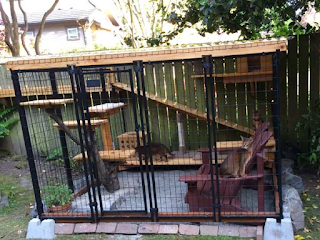 Example of a cat enclose/patio.
The link has photos of this outdoor cat enclosure that has
lighted walkways at night,
departure points from various rooms in the house, and
winds itself around the backyard.
(Source)

- Attached to the information about the cat house and how to build it, I had put a garden plan for a cat. The plan is just 2 1/2' x 8'. It has several plants that are safe for cats and/or they can eat:

=> Ajuga - used for aesthetic purposes by adding color to the garden.
=> Catmint - gives a cat a place to roll and get some exercise.
=> Catnip - provides a cat with something to eat and enjoy. 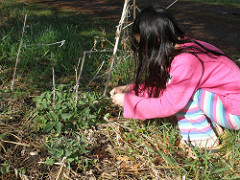 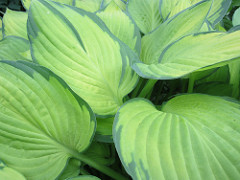 One of our hostas.

=> Impatiens - adds color to the garden.
=> Liriope (or mondo grass) is for nibbling. 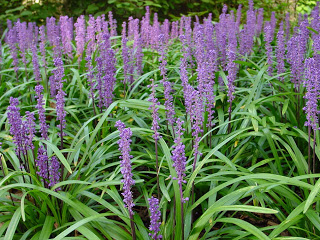 Do you want to Pay It Forward, but can't think of what to do? Here are ten ideas to get your started:

- Send someone a small gift anonymously.

- If you know someone who is having a hard time financially, put $5, $10, or $20 in an envelope, disguise your writing or type the envelope, and send it to them. They will talk about it for weeks, remember it forever, and wonder who it was who sent it.

- Take someone to a lake for the day. 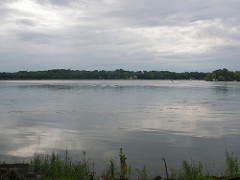 Bass Lake in Plymouth, Minnesota.
I grew up here from age 8 to high school.
Our view was to the west so we saw incredible sunsets
that changed the color of the sky and water.
Such good memories of life there.

- Adopt a senior citizen as a "grandparent."

- Pick up trash in your neighborhood.

- Donate blood and encourage others to do so as well. 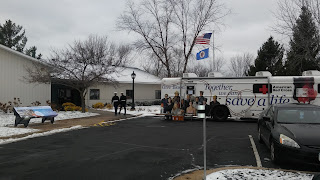 Blood Drive we coordinated in November 2016.
Also collected toys for Toys for Tots
(that's why the two Marines are in the picture).

- Plant trees to help offset the destruction of forests. 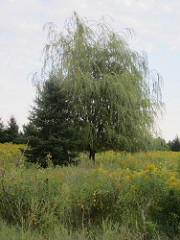 We planted this willow tree when it was about six feet tall.
It is towering above us now.
This photo was taken in 2012 - so it is even taller now.

- Write a thank-you note to a person from your past who has made a difference in your life.

In the file about China, I printed information about Chinese inventions.  Some highlights of two inventions:

- Silk. The Chinese knew how to produce silk by around 1300 B.C. However, it wasn't until the second century B.C. that silk was exported to Europe.

The Chinese traded silk with the Roman Empire; and received items such as glass and wool in return. The Roman women wore Chinese silks, so that's why there was a demand for them. 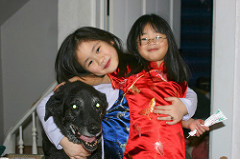 Sophia, Olivia, and Casey on
January 1, 2008.
The girls are wearing their silk dresses from China.

Through the silk trade, the world's two greatest empires in the first century A.D. (Han China and Rome) were linked. The overland trade route between the Mediterranean and China was called the "Silk Road" because China exported so much of the fabric to the West.

- Paper. Paper was first invented in China in about 105 A.D.  Its use spread to Chinese Turkestan in central Asia, the Arab world, Syria, Egypt, Spain, southern France, and then to the rest of Europe. 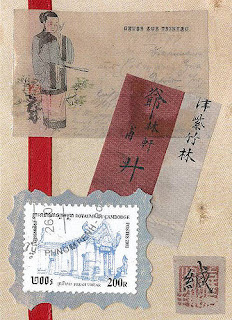 In the process of going through the files that began with "C-Chi," I recycled 1 bag of papers I no longer wanted or needed. (I will be doing the remainder of the C files during the next week since there are so many.)

C-Chi files before (above) and after (below).

So far for the challenge - including today - I've recycled 4 bags of photocopies; and newspaper and magazine clippings. 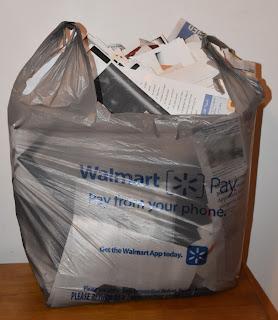 Another bag headed out to be recycled!
Posted by Harvest Moon by Hand at 10:15 PM

I love this post -- I loved seeing the picture of your lake in Minnesota, learning about the invention of paper, and especially seeing your bundle of paper as clear out your homeschooling stuff!

Thank you so much!

I like the idea for an outside pen that's fun for cats. I've never heard of it before but I like how it gives them safety but the benefits of being outside.
C is for Cinema.

Lovely ideas to pay it forward and great tips for cat lovers.