For the 13th day - letter M - I am focusing on Maple Syrup; Martin Luther King, Jr; and Migration.

- A mokuk is a small container of birch bark in which the Native Americans used to collect maple sugar.

- Minnesota has four species of maple trees used for producing maple syrup: sugar or hard maple; red or soft maple; silver maple; and boxelder. Most maple syrup is made from sugar maple sap.

- It takes 30-40 gallons of maple sap to boil down to make one gallon of maple syrup.

Some quotes that I found inspiring that he said:

- Every man must decide whether he will walk in the light of creative altruism or the darkness of destructive selfishness....Life's most persistent and urgent question is, "What are you doing for others?" 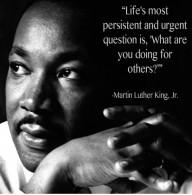 - We must accept finite disappointment, but we must never lose infinite hope.

In October of each, birds and butterflies are moving across the United States en route to their winter feeding groups. There's five places where you can go to see them in large numbers.

- Hawks in Marin Headlands (CA) - one mile from the north end of San Francisco's Golden Gate Bridge. There are hundreds of raptors including red-tailed, Cooper's, and sharp-shinned hawks. 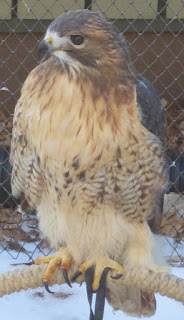 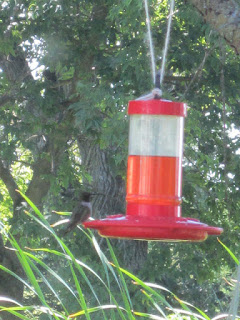 - Whooping Cranes in Austwell (TX) at the Aransas National Wildlife Refuge. There's only about 500 birds left worldwide. They are 5 feet tall and have a loud, eerie call.

- Tundra Swans in Alma (WI) that flew in from the Arctic Circle. They have a 7-foot wingspan and can reach speeds up to 100 miles per hour. Head for Rieck's Lake Park (north of Alma) along the Mississippi River to view up to 1,000 swans as well as herons, egrets, and bald eagles. They stay here until the first freeze and then fly to Chesapeake Bay.

- Monarch Butterflies in St. Marks (FL) at the St. Marks National Wildlife Refuge on the Gulf Coast of northwest Florida. They stay en masse in salt-bushes and cedar trees before flying to Mexico. 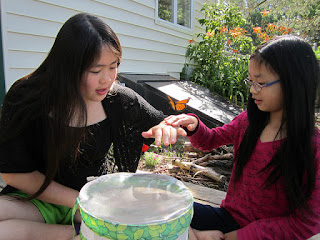 Sophia and Olivia with a monarch butterfly on its release date
(and also my birthday)
(Taken on June 29, 2012.)

"There is some good in the worst of us and some evil in the best of us" Loved this line.

In India near my homecity Chennai we have a bird sanctuary where migratory birds come every year around October to December when its winter in their places.

Thanks for the interesting look at M words. Love the hummingbird photo! Happy Easter! M is for Marketing Methods as you Build a Better Blog. #AtoZchallenge.