During the past month, these were some of my favorite photos. As I look at them as a while, they focus on volunteering, family, traditions, and creativity.

I finished cutting out the pieces from blue jeans that were traced at the Service Project Sampler Day back in October. The pieces are put together in kits and sent to Sole Hope which then sends them to Uganda, Africa. In Uganda, tailors and cobblers create shoes that are given to people who have had jiggers removed from their feet.

Jiggers are microscopic insects that burrow into one's feet and can lay eggs. The egg sacs can get to be pea size and there can be so many eggs that it can be debilitating - preventing children and adults from walking, running, and playing. Kids no longer can go to school; adults can't work or take care of their homes; and the elderly are homebound.

So, our club was able to do 25 kits at the event. After the event, I cut out the remaining pieces that had been traced, but there wasn't enough time to cut out them out. Below are 8 of the 13 kits that I did after the event. All together, we did 38 kits so that 38 children will have a pair of shoes and no longer have to deal with debilitating and life-threatening jiggers. 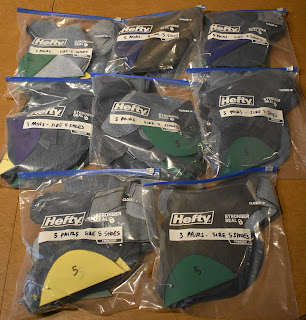 The girls took a sewing class through 4-H in November and made earbud cases. They learned how to sew a zipper in a project as well as sew in a circle. 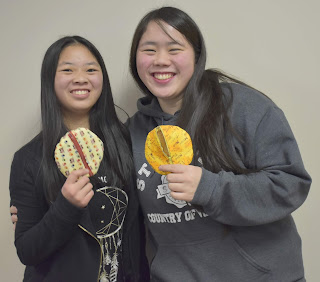 We celebrated the 15th anniversary of Olivia's adoption day. I made caramel rolls using a recipe that my dad used to make. We also had sausages for breakfast. 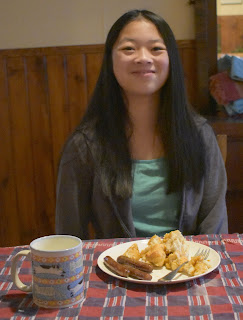 During November, Olivia worked on and completed a 3,000-piece puzzle. 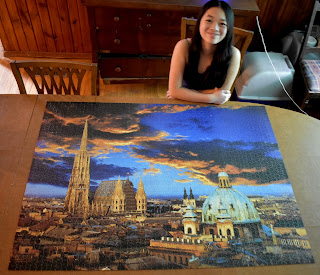 We celebrated Thanksgiving at our farm. This is the adult and older-teen table. We had a table of my nephews and nieces who aren't teens yet. 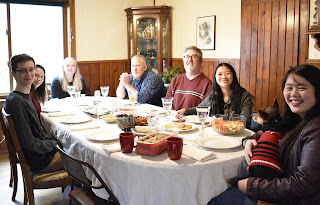 On the day after Thanksgiving, we packed food at Feed My Starving Children. Our group packed 54 cases of food. Over 11,000 meals for children who are struggling to find food to eat each day. 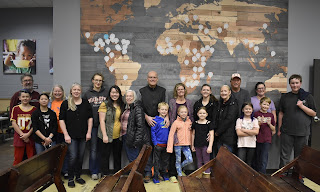 On the Saturday of Thanksgiving weekend, we went hiking at Interstate State Park. It was a beautiful hike; and on a trail that we had not hiked before. 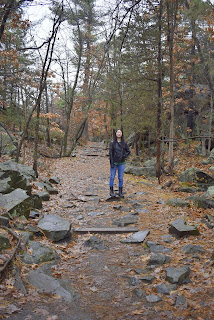 We also went to a Christmas tree farm. There was a dog there who Sophia and I enjoyed spending some time with as we looked at the wreaths and indoor train. 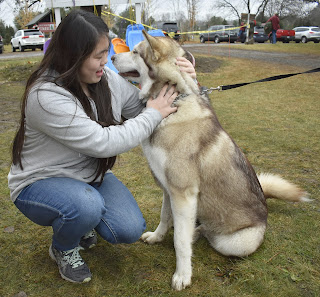 I spent time during November making some window stars. 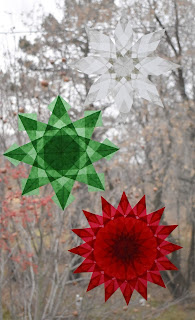 I saw the patterns on Pinterest and wanted to see if I could make them. 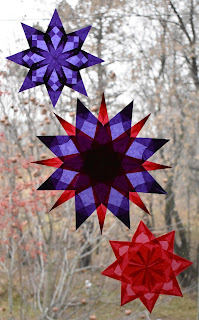 It was fun trying some new patterns. 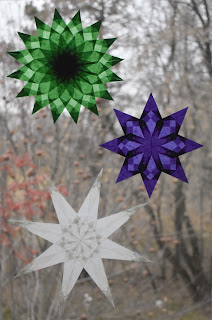 We have plenty of window stars to decorate our windows for the holidays. 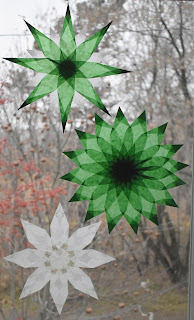 There are some windows that I can use for upcoming holidays beyond Christmas - like Valentine's Day. 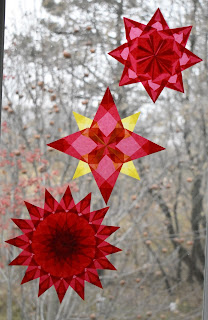 On the Sunday of Thanksgiving weekend, my sister, Paige, Olivia, Sophia, and I went to Vinterlights to see the town's lights be lit for the holidays. 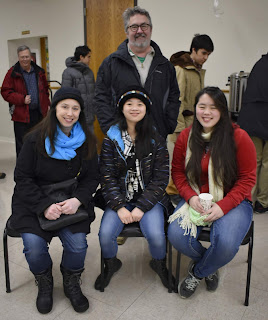 We talked with friends; and had hot chocolate and cookies indoors before heading outside to see the lights and sing some Christmas carols. 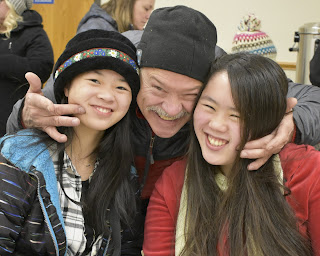 On November 26th, we celebrated Sophia's 17th anniversary of her adoption day. This is the last anniversary that she is a child. Next year, she will be 18...an adult. How time went by way too quickly. 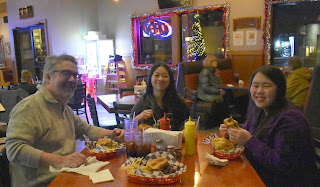 On November 29th, we went to Bethel University to see their annual Christmas concert. There were 300 students who sang or played an instrument. It was impressive and beautiful. 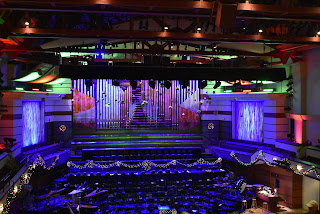 We all enjoyed the behind-the-scenes tour before the performance where we got to see the organ close-up and behind the stage. It is only one of four organs of its type in the world.

Posted by Harvest Moon by Hand at 9:46 PM