Hobbies that Begin with "Y" - Blogging from A to Z Challenge

Although there are a three hobbies that begin with the letter "Y" that Sophia and Olivia have tried (Yahtzee playing, yoga, and yogurt making), the only one I have photos for is yogurt making.

One of the treats we made around Halloween one year were yogurt pops. They were a combination of yogurt with fruit - like mandarin oranges, pineapple, and strawberries. 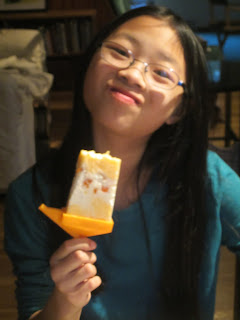 The girls liked them, and they were a healthy alternatives to popsicles. 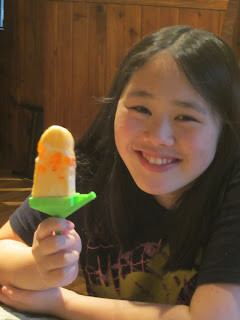 On June 13, 2017, we took the yogurt maker out again to try making yogurt. We had used it once when Sophia was about 8 years old and had a dairy allergy. We were trying to make a dairy-free yogurt. It didn't turn out well. There's something that didn't taste quite right using rice milk.

At any rate, in 2017, Sophia mixed together the ingredients for making yogurt (minus the fruit). 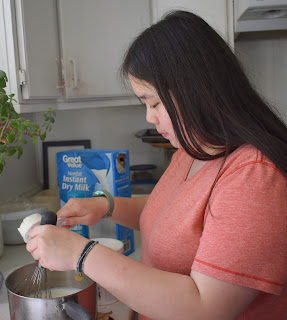 She put about a tablespoon of fruit in the bottom of each jar, and then poured the liquid mixture into jar. 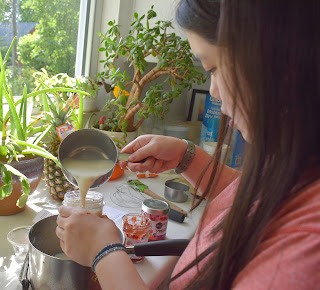 The jars - without their lids - were placed in the yogurt maker. A lid that covered all the jars was put on top. 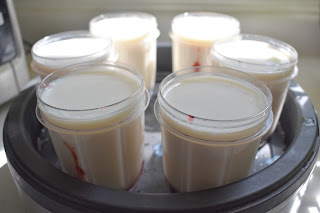 After about ten hours, the yogurt was ready. Each jar was capped and placed in the refrigerator. 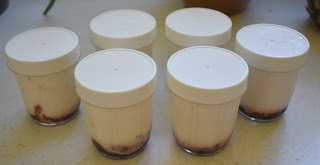 When it was cool, we enjoyed homemade yogurt. 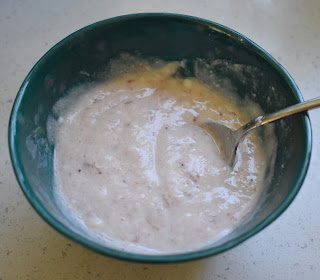 It turned out very well, and had a nice mixed-fruit taste. 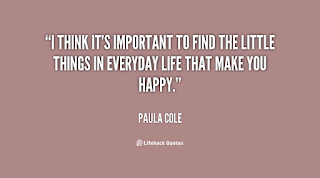 Posted by Harvest Moon by Hand at 5:30 PM

Hari OM
YUMMOO! I make my own yoghurt; a day without some 'curd' is a poor day indeed. YAM xx

I've made my own ice cream - by hand, not ice cream maker, which I don't have - but never yoghurt. One of these days I'd like to try.

I own my own yogurt maker, but I've still never gotten around to trying it. You make it sound so simple!
Melanie's Stories

I didn't know you could make your own yoghurt - I'm so used to just buying it at the supermarket. It looks like fun and a healthy activity too.

Leanne | www.crestingthehill.com.au
Y for You are Unique