Hobbies that Begin with "K" - Blogging from A to Z Challenge

Looking back on Sophia's and Olivia's childhood and teen years, we have explored several hobbies that begin with the letter "K": kayaking; kids arts and crafts; kits; and knitting.

On June 5, 2013, we tried kayaking for the first time on Gunflint Lake. 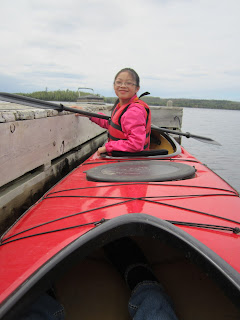 There was a strong wind, so there were some waves on the lake which we thought would be challenging since the kayaks are so low to the water. 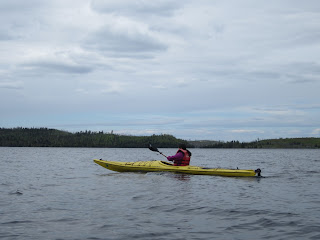 On the contrary, they were stable and we enjoyed the experience. What made it even better for us was that these were sea kayaks so they had rudders. We could steer the kayak if we needed to do so! The scenery was beautiful and it was relaxing going around the shoreline. 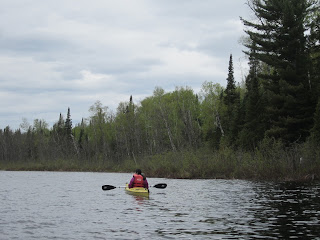 We had a different perspective than what we normally had when we went hiking.

About a year later, on July 12, 2014, we went sea kayaking on Lake Superior near Split Rock Lighthouse. This time we had to wear wetsuits and water shoes since Lake Superior is significantly colder than in the inland lakes. 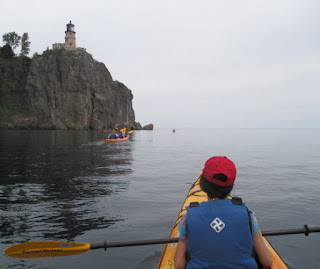 We were able to see the rocky cliffs along the shore. 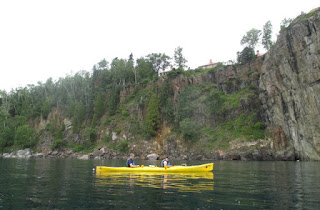 There was a shipwreck (The Madeira) that we were able to see since the water was so calm and parts of it are anywhere from 20-110 feet under the surface. The Madeira was a 436 foot steel-hull ship that ran into Gold Rock just north of Split Rock Lighthouse during the storm on November 4, 1905. 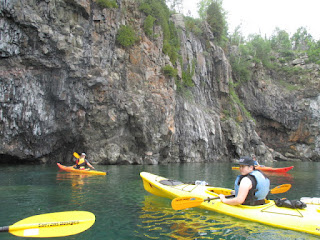 One of the neat things that you also can't see from the lighthouse are the caves along the shoreline. They are big enough for kayaks to go into and explore was a lot of fun. 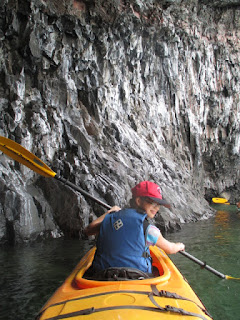 We are wanting to do more kayaking, but have not been able to locate a place that rents the sea kayaks (with rudders). It may come to us learning how to use a kayak without a rudder, and strengthening our paddling skills instead.

When the girls were younger, we did a lot of arts and crafts. One of the things they enjoyed was marble painting. 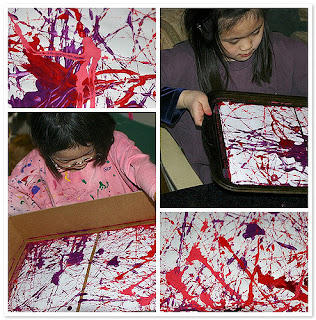 Sophia and Olivia also enjoyed fabric painting. Below, Olivia is painting a purse with fabric paint. 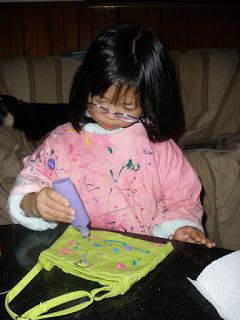 We did projects around the holidays. 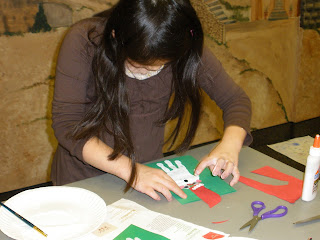 The girls used a variety of materials - including Mod Podge - with their arts and crafts. 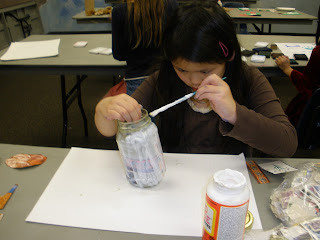 We did projects that helped wildlife - like embellishing birdhouses with colorful gems, stones, shells, and moss. 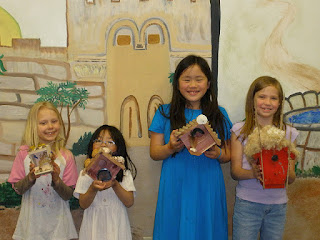 One of the projects that Sophia learned how to do was make beeswax ornaments. She melted the beeswax and then put them in vintage cookie molds. 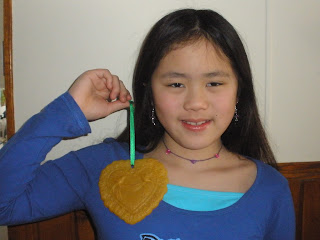 They turned out beautifully and the brighter the sunlight, the more they seemed to glow. 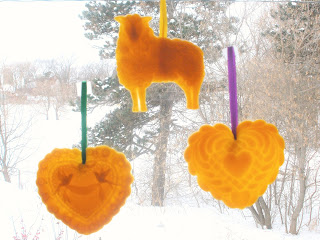 On June 12, 2011, the girls began decorating for 4th of July. They made origami cranes which they hung on branches in a vase with some red and white marbles. 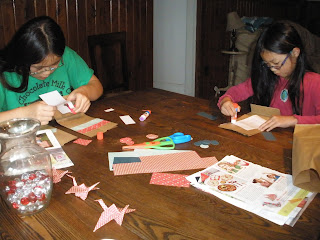 The bags were used to collect candy at the 4th of July parade. 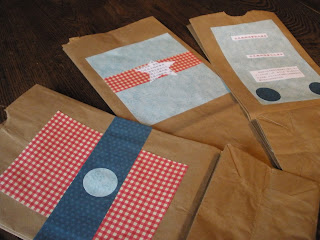 When Sophia and Olivia were younger, there seemed to be quite a few kits for various craft projects for kids. One of Olivia's favorite kits was one in which she could make daisies and then string them together to create a headband and necklace. 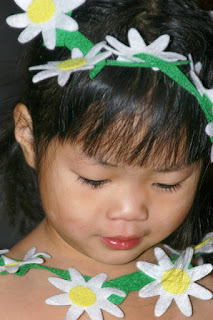 She enjoyed gluing the daisies together and then dressing up with her flower jewelry. We were staying at a cabin at a lodge on the Gunflint Trail when she made the daisy jewelry. 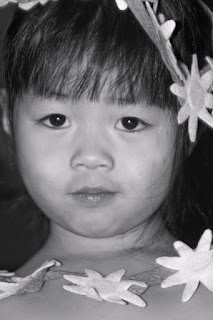 The time at the cabin was filled with crafts, dress-up times, and trying new recipes. It was a fun "girls getaway" when they were 4 and 6 years old.

Another kit we used was one with supplies to make fairies. The girls made fairies and then posed them outdoors. 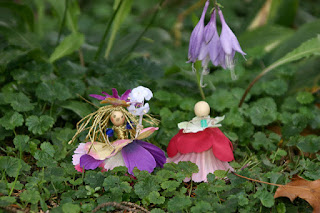 I took photos of them and they created stories with their fairy-characters.

For a brief period in 2010, the girls learned how to knit at Darn Knit in Stillwater. Below, Sophia is knitting while Eenie sits on her lap. 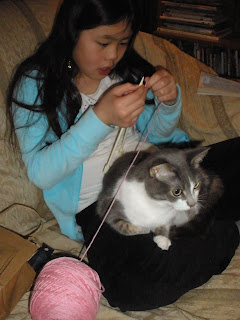 My mom (the girls' grandma) was an excellent knitter. She had many patterns as well as projects she started and didn't finish before she died. Hopefully, one day, the girls will take a look at the projects that their grandma started and want to finish them. 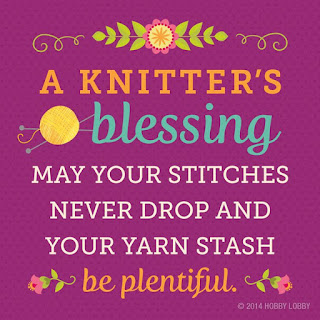 Posted by Harvest Moon by Hand at 8:34 PM

Those are some precious memories! And the beeswax sun catchers do seem to glow!
http://katytrailcreations.com

I want to try kayaking once...

I used to live on the east coast. I enjoyed kayaking a lot, but I've never used one with a rudder! It seems like it would be more difficult and require a third hand!

These are sweet memories that you are creating.

I'm rather envious of your girls - they've had so many opportunities to find things they enjoy. We never had the range of interesting hobbies and activities available to us as children and I couldn't afford them for my own kids - so I hope your girls appreciate how blessed they are to have been exposed to so many wonderful skills.

Kayaks with rudders are the way to go! I can't believe how effortless they make kayaking. As usual, I love seeing the things you've done with your family. Melanie's Stories

As for unfinished knitting projects, it might be better to unravel and reuse the yarn. That's what I did with my great-grandmother's projects after she passed.

Hi Ann, So fun to see your pictures. I live in Minnesota just north of the Twin Cities, so we love the North Shore. The only time we have kayaked, though, is at Itaska. It was great fun. Have a blessed day!