Xylophones and X-Rays - Blogging from A to Z Challenge

For the 24th day - Letter X - I am focusing on Xylophones and X-Rays.


X-rays are a type of electromagnetic radiation, just like visible light.

An x-ray machine sends individual x-ray particles through the body. The images are recorded on film or a computer.

Structures that are dense (such as bone) will block most of the x-ray particles, and will appear white. 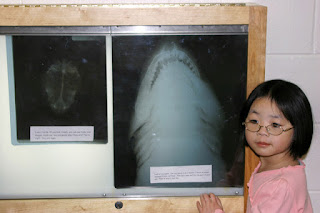 Olivia at the Minnesota Zoo by an x-ray of a shark.
There was a children's room where
there were x-rays of various animals.
(Taken on January 31, 2008.) 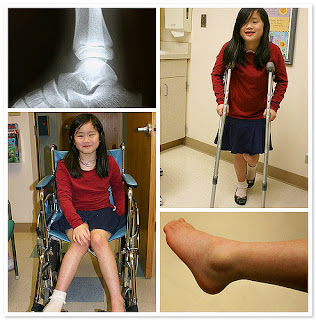 Sophia's ankle injury and x-ray.
She ended up needing to wear a cast for three weeks.
(Taken on February 7, 2008.)

Structures containing air will be black, and muscle, fat, and fluid will appear as shades of gray.

The word xylophone comes from the Greek words xylon meaning "wood" and phōnē, meaning "sound or voice." Together the words mean "wooden sound." 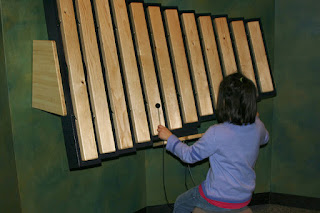 Sophia playing a large xylophone at the Science Museum.
(Taken on March 31, 2007.)

The xylophone is a musical instrument in the percussion family that consists of wooden bars struck by mallets. It may be used generally, to include all such instruments such as the marimba, balafon, and semantron. 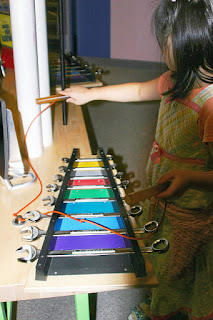 Sophia playing a wrench xylophone at the Minnesota History Museum.
(Taken on September 19, 2007.)

However, in the orchestra, the term xylophone refers specifically to an instrument that has a somewhat higher pitch range and drier timbre than the marimba. So, these two instruments should not be confused.

In the process of going through the files that began with "X," I recycled 1/4 of a bag of papers. This brings the total up to 18 1/2 bags of recycling!
Posted by Harvest Moon by Hand at 1:55 PM

Oh wow. I never thought of how x-rays work before. I guess that makes sense though. Thanks for explaining it. :)

Yay for all the recycling!!

I loved playing the xylophone when I was in elementary school. (so long ago) All the different sounds you could make.

Once Upon a Time

I've mentioned X-rays and Xylophones too in my school poem today :) Loved seeing the photos!
http://pempispalace.blogspot.co.uk/2017/04/x-is-for-xerxes-xenophobe.html