Titantic, Tornados, and Trees - Blogging from A to Z Challenge

For the 20th day, I am focusing on the Titanic, Tornados, and Trees.

Found an article in the file about Minnesotans who had connections to the Titanic. There was some general information about the Titanic as well.

- Titanic was, by definition, an emigrant ship; the Board of Trade, the British department responsible for merchant shipping, assigned that classification to any vessel with more than 50 steerage passengers sailing to a non-European port.

- Many immigrants bound for Minnesota were going there to work mines, fell timber, manufacture goods, farm lands, or mind others' residences. Some immigrants were wooed by settler-recruiters, persons working on behalf of businesses or municipalities.

- Walter and Mahala Douglas were on the Titanic and saw a peculiar event. One of the crew dropped a tethered bucket over the ship's side. The couple stopped to observe him. Her curiosity piqued, Mahala peered through an open window, roughly six stories down to the waterline, and saw that the bucket did not reach its mark. The crewman heaved the empty bucket back up, walked it to a water pipe, filled it up, and proceeded to take the water's temperature. Miffed by the crewman's apparent duplicity, she asked Walter, "oughtn't we to tell?" "No," he replied, "it does not matter."
This was, to some, an important test. In theory, the water's temperature may suggest the nearness of ice. 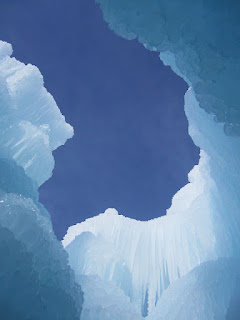 - They had fewer than three hours to accept or amend their fate.

- Regardless of their individual look and style, most tornadoes pass through five stages in their life cycles: dust whirl, organizing, mature, shrinking, and decaying. 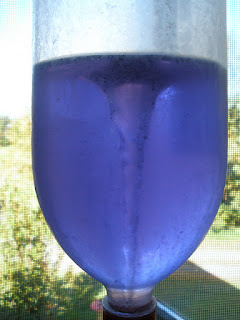 - The infamous Great Tri-state Tornado of March 18, 1925, which raged through Missouri, Illinois, and Indiana, has the dubious distinction of having the longest continuous track ever recorded for a single tornado: 219 miles.

- There is visual evidence of cars being hurled high enough to go over a ten-story building. Cars have been carried as far as half a mile from their original place. 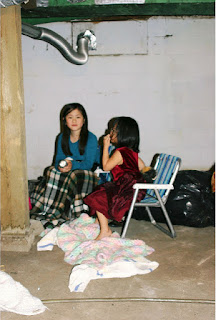 Sophia, Olivia, and I plus the dogs and cats were
in the basement for an hour on the Sunday of Memorial Day weekend 2008
while a hail and wind storm passed through.
A major tornado touched down less than 10 minutes from here
destroying over 50 homes and damaging hundreds more.
Our home had minor damage - just needed a new roof and siding.
We felt very fortunate.

- A tree or shrub that grows cones is called a Conifer. All coniferous trees except Eastern Larch (or Tamarack) are evergreen, meaning they maintain their leaves throughout the year. 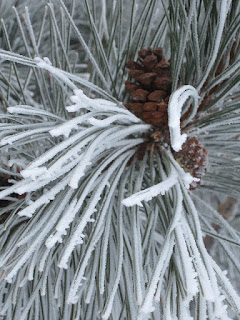 - Deciduous trees do not bear their seeds in cones. They have broad leaves that drop in autumn. 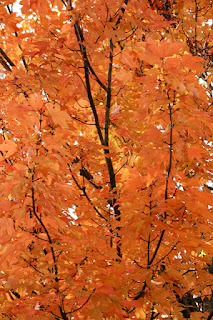 - Because of all the things we use trees for, American have already eliminated 95% of all the forests that once covered the United States. We can help eliminate the need to cut down more trees by recycling the products made from trees.

- Some things to do with children that teach them about trees:
=> Choose a favorite tree. Observe it throughout the year. Draw or take pictures of it each season, nothing the changes that take place.
=> Measure around a tree and compare it to yourself. 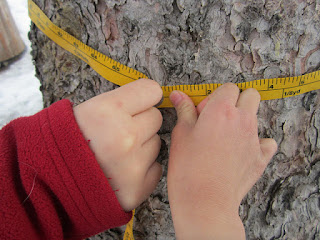 => Make bark rubbings of all the different trees at your home or farm.
=> On a hot day, put a small pebble in a plastic sandwich bag. Put the plastic bag over a branch with leaves that get a lot of sunshine. Tie the bag tightly to the stem with a twist tie. Come back in a few hours. Find out why you see beads of moisture inside the plastic bag.

In the process of going through the files that began with "T," I recycled 1 more bag of papers. The total amount of papers recycled: 17 1/2 bags!
Posted by Harvest Moon by Hand at 3:30 PM

That's an interesting tale about the Titanic and the water bucket. Is it really true?

Tornado in a bottle is a beautiful picture
Lovely read

Always fun to see what your files will provide. I'm particularly intrigued by tree bark and you've inspired me to take some rubbings.

Tornados are not fun. I've only been in a couple and luckily didn't have any damage. I even slept through one as the houses a block away from me got destroyed. But that's another story.

Once Upon a Time