Unicorns, Unitarian Universalism, and Utopian Society - Blogging from A to Z Challenge

For the 21st day - Letter U - I am focusing on Unicorns, Unitarian Universalism, and Utopian Society.

This file brought back memories of when Sophia and Olivia were younger. I didn't have much in it - just an idea for unicorn puppets and a picture of a collector plate with an image of a unicorn being led by a fairy. 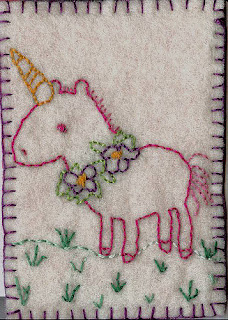 The image would have delighted them when they were young. 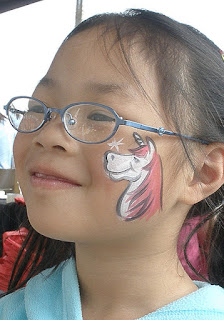 It is described as follows: "What fantasies our imaginations spun to brighten the nights when we were young! Fairy princesses and unicorns would lead us to enchanted realms."

One of the articles I clipped was by Kathleen Rolenz called "Speaking with Many Voices." She said, in part, "One of the great strengths of Unitarian Universalism...is our belief that spiritual wisdom speaks with many voices....Every new person we encounter has something to teach us. Values such as love, peace, compassion, and justice are expressed in every culture and tradition all over the world, in beautifully and powerfully different ways."

She continued, "Learned from and about each other helps us practice true hospitality." 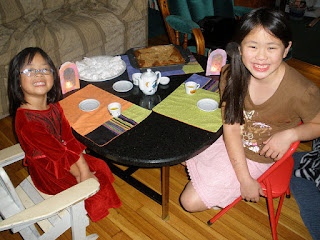 Her article challenged the reader to be "...engaged in the perpetual search for truth and meaning. What any one of us knows and has experienced is only one piece of the truth. Let us open ourselves to what we can learn from each other, as well as from those we have yet to meet."

Utopian societies fascinate me. There was an article in the National Geographic magazine my parents received back in March 1976 about a self-sufficient utopian society known as Padanaram. The village had a million-dollar-a-year sawmill and supported the 140 citizens who lived there.

They grew food in their organic gardens, had their own homes, homeschooled their children, did their own handiwork, and lived without televisions or - essentially - a connection to the outside world. The kids played outdoors and when they turned seven years old, would receive a pony to care for and ride through the 2,000 acre village. 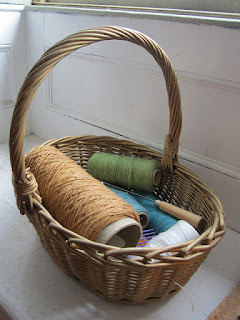 Many years ago, the founder died and things went through period of transition. Padanaram is still operating today, though they have more of a connection to the outside world.

In the process of going through the files that began with "U," I recycled 1/4 of a bag of papers.
Posted by Harvest Moon by Hand at 4:00 PM

"What fantasies our imaginations spun to brighten the nights when we were young! Fairy princesses and unicorns would lead us to enchanted realms." Love that! Happy A-to-Z-ing.

Visiting from A to Z. My uncle married a woman raised as a Unitarian and wholeheartedly found a home in their beliefs. Because they lived in Iowa, I ended up visiting them (I grew up in New York City) when I was 15 and was introduced to the Amana Colonies - not a Utopian society but something totally fascinating to a 15 year old from the big city. (And, for good measure, my Uncle even took me to the St. Louis Zoo.) Alana ramblinwitham.blogspot.com