With the continued cold temperatures and wind chill, we have had to be very careful about how much time we spend outside. With the -40+ wind chills, skin can become frostbitten in only five minutes.

Today, however, the sun was shining and it felt warmer. It was: it got to 1.7 degree out by 5:00 p.m. That may not seem warm, but when the temperature has been almost 30 degrees colder, it feels like a warm spell.

When I was outside today, I noticed how beautiful the snow looked. It sparkled. Quite fitting for the theme this week for the photo challenge: "sparkle." 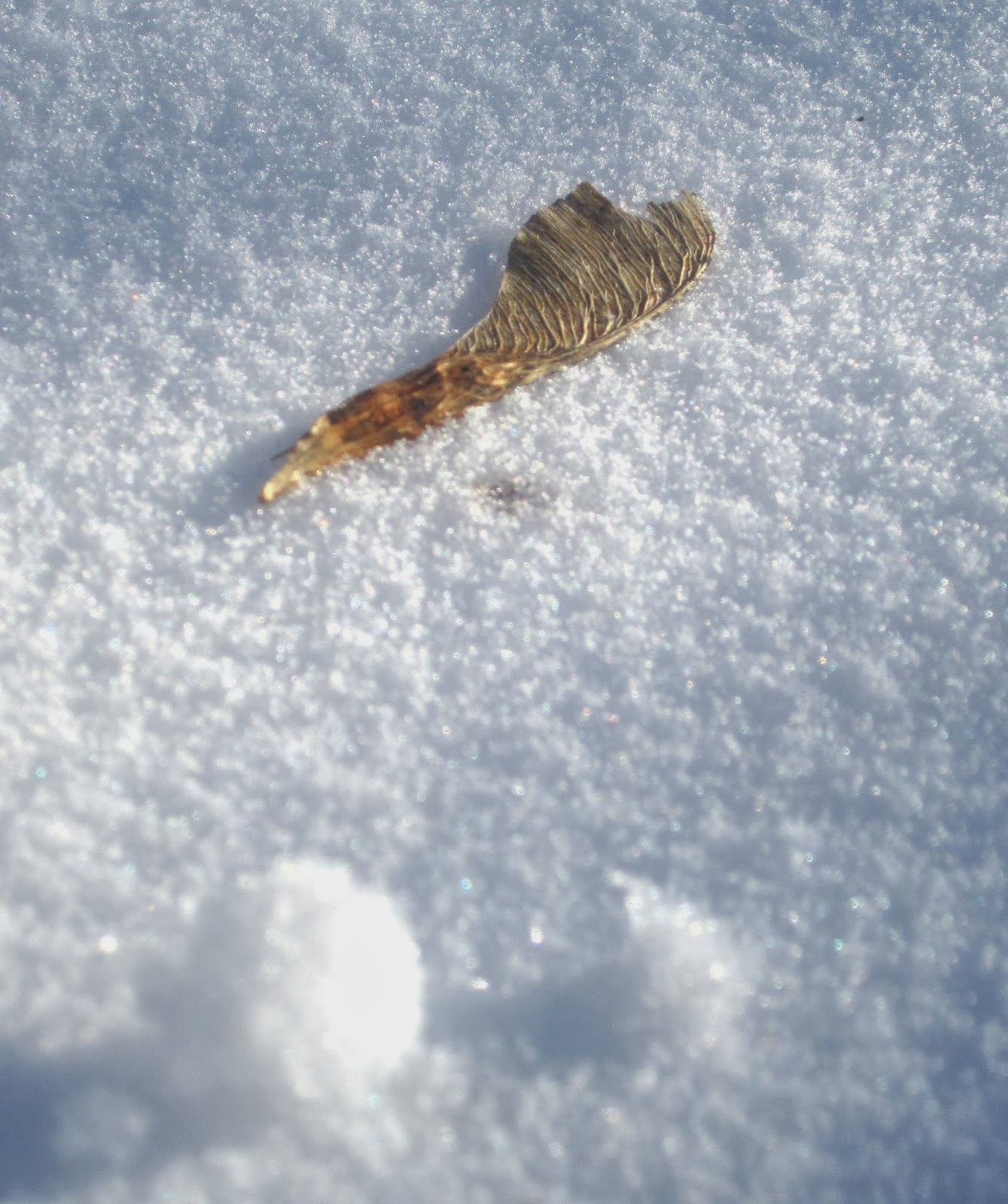 So, why does snow sparkle? Sometimes on a sunny day, the snow - especially freshly-fallen snow - may appear to sparkle or glitter. According to the Why Files, "This happens because when light hits an object light, it can be absorbed, in which case the object is heated; transmitted, in which case light passes through the object; or reflected, in which case it bounces back."

The site continued, "Clear water can transmit or reflect light (think of how a calm lake can reflect an image of the trees on the shoreline). Flat snowflakes resting on top of a blanket of snow also can act like a mirror, reflecting a portion of the sun’s image toward your eye.

"Each ‘sparkle’ is a reflection of the sun’s image from a single crystal. Whether we see the sparkle depends on the angle between the sun, the snowflake’s position on the snow and the location of our eye. When the angle is right, when we walk by a field of snow, we’ll see glitter as the sun is reflected by different snowflakes."

One of the interesting things is that not only does the snow sparkle, you can actually see some faint colors in the sparkles. It almost looks like little rainbows all over the snow.

Why is this? The Why Files states, "As light travels between air and water, the colors in the light separate, much as they do in a rainbow. The sun’s ray can reflect off different surfaces of the crystal. If the sunlight reflects off the back of the ice crystal, the colors may disperse as the light enters and exits the crystal, making those faint colors."

Posted by Harvest Moon by Hand at 5:10 PM