On Swap-bot there's a September Scavenger Hunt which I thought sounded fun. There are five items to photograph: Something unexpected, something monochromatic, something battery-powered, something made by a child, and a newspaper headline. Below are the photos I took that show these items.

On September 1st, this bald eagle flew right past the pontoon boat I was on. It was amazing to see the eagle in flight so close. No matter how many times I see an eagle, the wingspan still amazes me. It can range from 5.9-7.5 feet. 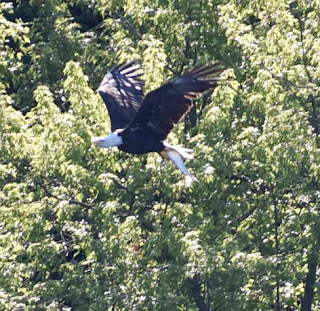 In the 4-H Building at the Minnesota State Fair, there was a drawing that was done by a youth in black and white. The pattern as well as the shading gives this image such an intriguing multi-dimensional look. 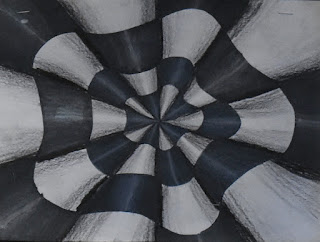 Nothing exciting...just the remote to the t.v. and cable. Living in the country, we need to have cable in order to see the local stations. 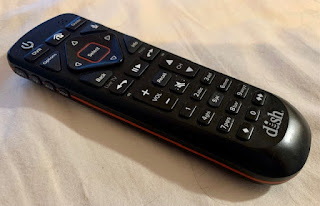 Something Made by a Child

This was a quilt at the Minnesota State Fair in the 4-H building that was done by a youth under the age of 18 years old. 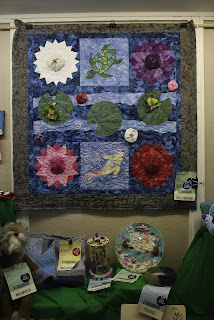 It caught my eye because the frogs are three-dimensional and are made from fabric. 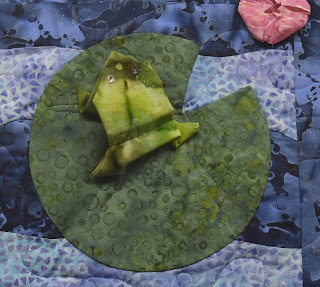 Even the center of the fabric flowers are somehow folded and attached to the flower petals. 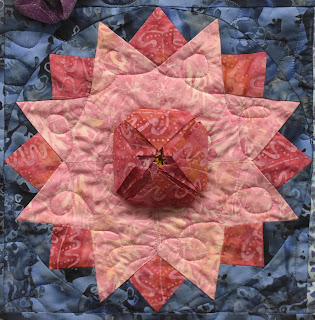 There was another quilt in the Creative Activities building that also had three-dimensional elements to it. It has piqued my interest in wanting to create something like this.

At the Minnesota State Fair, there's a newspaper museum in the same building as 4-H. There are many different types of letterpress printing machines there that are operated by volunteers to give visitors a feel of a 1930's newspaper office. It is operated by the Minnesota Newspaper Foundation. 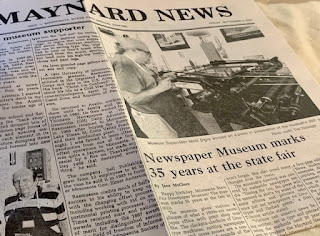 "The Maynard News" is type set and then printed by volunteers. They also print free items - like bookmarks, posters, postcards, and notepads.

Far Side of Fifty said...

Fun to see what is happening at the Fair! I went once...so many people:(