I've been enjoying the 3-2-1 swap on Swap-Bot that I started participating in earlier this year. It's always good to take some time to reflect on what makes me happy, what I'm looking forward to, and things that I'd rather forget. Below are my answers for the swap.

3 things that made me happy in November

Seeing how happy Olivia was for her senior photos. She had her make up done first. 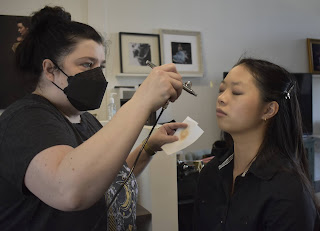 Then she had her curled and styled. This took the longest time since her hair is almost to her waist. 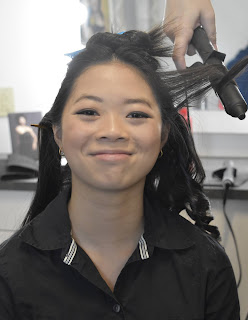 She wore a dress that we purchased in China when we adopted her. The Chinese headdress is one that she chose specifically for her senior photos. 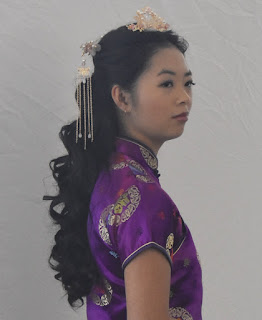 Another set of photos was taken in her Tang Soo Do outfit. 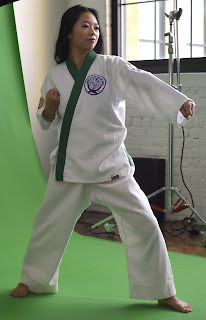 Gathering as a family for Thanksgiving. We had 14 people at our home for the holiday. It was nice to gather again in person after spending it with just our immediate family (of 4) in 2020. 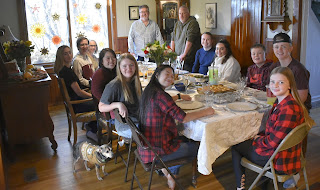 Seeing the planets and moon so clearly on many nights throughout the month. During November, Saturn, Jupiter, Venus, and the moon are all were visible in the southern sky. I've never seen that many planets and the moon so close to one another.

This is Venus to the left and the moon nestled in the tree branches. 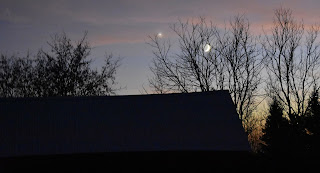 This is Jupiter (upper left), the moon (middle), and Venus (lower right above the barn). It's not a clear photo because I didn't have my tripod. 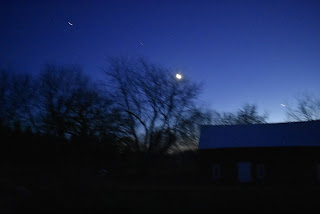 2 things that I'm looking forward to in December

These are photos from her first year when she played the harp: 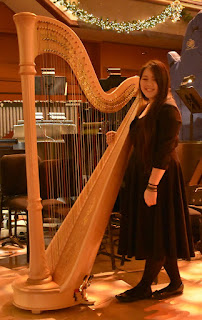 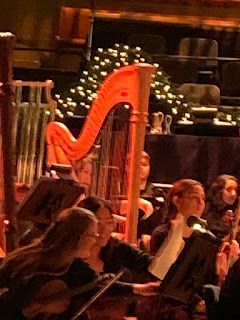 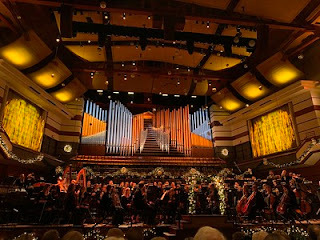 These are some photos from this year's Festival of Christmas. The first three are from the pre-concert handbell choir in the lobby. 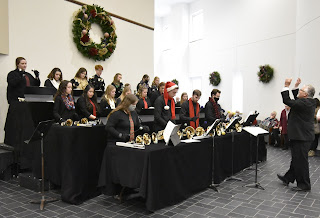 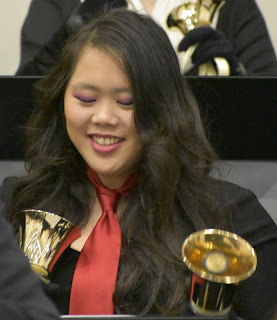 This is Benson Hall before the performance. I used a wide-angle lens so I could get the entire stage and the front section of the hall. 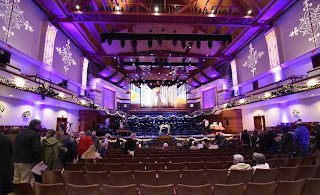 The chamber orchestra is in front, then the wind symphony, and then handbells. The choirs went on stage after doing a processional. 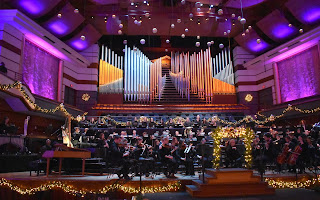 The conclusion of the Festival of Christmas with all the student musicians/performers on the stage and the conductors in the front. 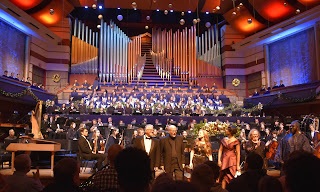 Finishing the quilts that my mom started, but never had a chance to finish before she died. This is one of the quilts that I was working on during December. All the quilt tops are now sewn. It's a matter of assembling the tops, battings, and backings; sewing them together; and then tying them so that the batting stays in place. 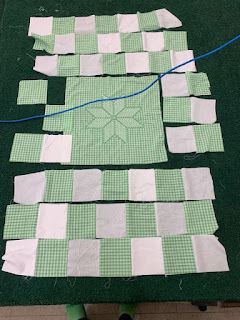 1 thing from November that I'd rather forget

Having problems with allergies. I'm not going to share a picture of what severe allergies look like. Suffice it to say, my eyes get really red, and my eyelids and under my eyes get super puffy. I have to do eye drops multiple times per day and then coat the skin around my eyes with Vaseline.

I'm hoping that the colder weather stops whatever allergens are causing this reaction. It's not only me...many other people in our area - including pets - are experiencing the same thing.

Posted by Harvest Moon by Hand at 7:50 PM