A couple of months ago I saw a recipe on Facebook for Apple Cider Doughnut Cake. It led to a pin on Pinterest. Earlier this week, I wanted to make the recipe and got all the ingredients for it. 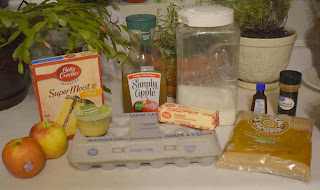 When I clicked on the image, it was just a picture - no recipe. Of course...no directions. Then I noticed a recipe to the right of the picture. However, as I read it closer, it was a different recipe than what was pictured. The recipe calls for additional ingredients: 1/2 cup of melted butter, 3 or 4 eggs (the picture showed 3 eggs), 1 teaspoon of vanilla, and 1 cup of shredded apples. The measurements for the spices were different too.

The recipe indicated it was a Betty Crocker recipe. So, I looked up an Apple Cider Doughnut Cake recipe by Betty Crocker on Google. Sure enough, there was a recipe. Like the typed recipe on Pinterest, this one didn't have applesauce either, but it had butter.

I decided to create my own recipe - a combination of all of the recipes - to see what happened. The recipe I created was:

Put the cake mix, apple cider, and applesauce in a bowl, and mix together. Add the eggs. 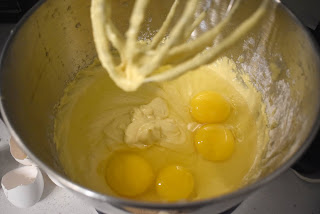 Then add the cinnamon, nutmeg, vanilla, and shredded apples. 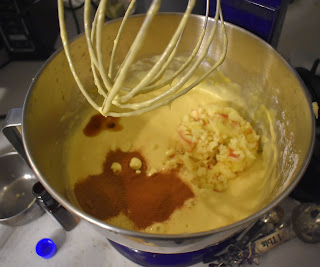 Put into a bundt pan that has been sprayed and floured. 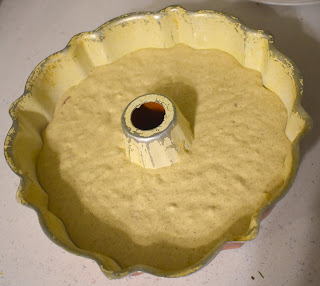 Remove from the pan to the cooling rack. Brush cake with 3 tablespoons of melted butter. Cover with a mixture of ¼ cup sugar and 1 teaspoon of ground cinnamon. 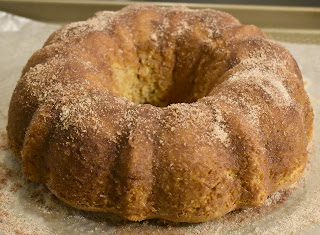 The recipe doesn't really taste like a doughnut. It is more of a cake. It is very light and fluffy. Looking at the picture on Pinterest, it looks like the recipe could use more of the sugar-cinnamon topping. 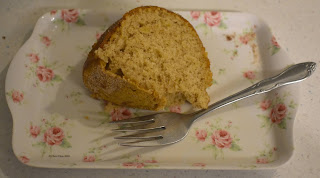 Would I make it again? Yes. I'm not sure I would add the nutmeg next time. I'd like to see what the cake tastes like with just the cinnamon. I would use the 1/2 cup of applesauce again in lieu of the 1/2 cup of butter (as is shown in the Pinterest picture) because I think it is healthier to use applesauce versus butter.

Posted by Harvest Moon by Hand at 6:03 PM

Looks like it turned out really well! Worth trying again with variations. ;)

Far Side of Fifty said...

I mad Martha Stewarts Apple Cake for a bundt pan once and it was great! WE don't eat much cake around here anymore:)