Recently I saw a pin on Pinterest for a holiday gift idea for neighbors that led to Dandee Designs. There was a recipe for making a Christmas scent that could be simmered on the stove top. 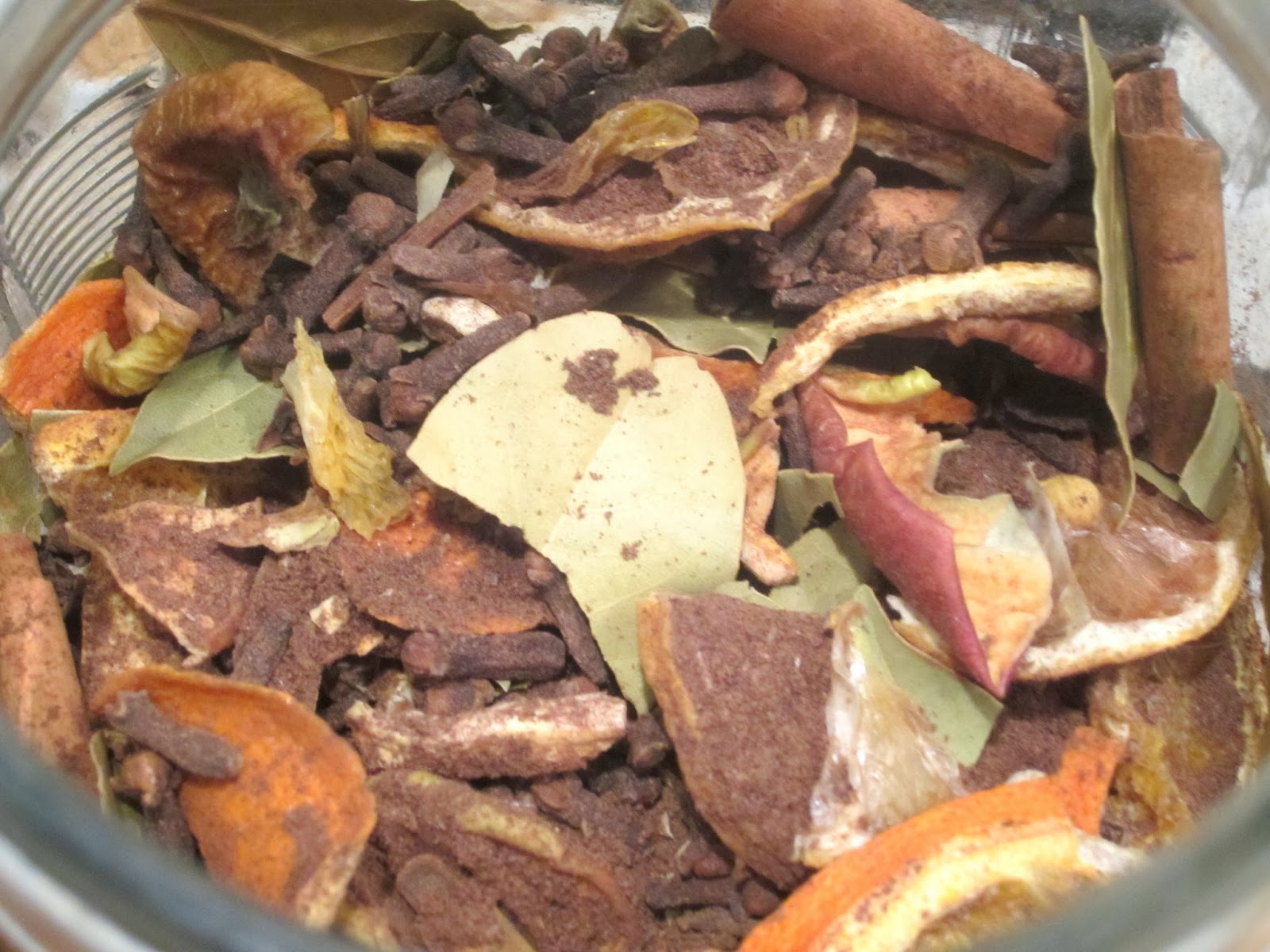 Simmering Scent that I made.

There are a variety of different items. The only prep work needed is to thinly slice and dry lemon, apple, and orange slices in the dehydrator. Once that is done, it is simply a matter of combining the items in a large bowl and placing them in clear bags with a label and instructions for use.

When I went to purchase some of the items, I was surprised at the cost. Cinnamon sticks and whole cloves are quite expensive. So instead of using the recommended quantities below, I adapted them based on the package size.

Below is the recipe from Dandee Designs for what each individual packet would include. What I used instead for the entire batch that will be divided up is noted in parentheses: