Spiritual Practices A to Z: Forgiveness

For the sixth spiritual practice this year, I am focusing on Forgiveness. These ideas came from the Spiritual Practices website which has a wide variety of ideas for bringing this practice to life.

There are two kinds of forgiveness, both interrelated. There is self-forgiveness, which enables us to release our perfectionism and guilt. And there is the forgiveness we extend to others and receive from them, intimates and enemies alike.

All the spiritual traditions raise up the value of forgiveness, but many people still find it to be a nearly impossible ideal. Just start somewhere. Look truthfully at one hurt you have not been able to forgive. Identify any associated feelings you might have, such as anger, guilt, denial, embarrassment, or shame. Imagine what it would be like to live without feeling this offense. Then let it go.

Other steps may be necessary for healing — a confession of your contribution to the conflict, changing behavior, making amends, a commitment to the community — but giving up your claims for, and sometimes against, yourself is where to begin.

Why This Practice May Be For You

We all know the obvious symptoms that could be relieved by forgiveness — feeling so wounded that we want revenge, constant brooding over petty grievances, feeling so guilty we don't know how to approach someone we have offended, worry that the hurt could happen again.

Bitterness and stubbornness also can be signs that forgiveness is called for, especially when these attitudes are associated with a need to be recognized as the one who is right.

In contrast to these limiting behaviors, which usually place walls between others and ourselves, forgiveness is freeing. It means that we can move out of our previous position and move on with our lives. Best of all, it enables us to be reconciled with our neighbors so that once again we feel part of the greater community.

Without forgiveness, life is governed by
an endless cycle of resentment and retaliation.
— Robert Assagioli quoted in Gospel Days by Joan Chittister

Never forget that to forgive yourself is to
release trapped energy that
could be doing good work in the world.
— D. Patrick Miller

Forgiveness means
giving up all hope of a better past.
— Jack Kornfield in The Art of Forgiveness, Lovingkindness, and Peace

The Spiritual Practices website recommended Radical Forgiveness by Antoinette Bosco. She forgave the man who killed her son and daughter-in-law in their Montana home and has worked tirelessly against the death penalty, provides an in-depth examination of the Christian practice of forgiveness.

I accidentally ordered a book with the same title from the library, except it was written by Colin Tipping. I had actually read the book a couple of years ago and wondered why - as I began reading it - it seemed very familiar. So, I went back on the notes I kept from the book, and revisited some of the key points that were ones that still resonate with me.

The other book that relates to forgiveness that I am in the process of reading is Forgiveness, the Passionate Journey - Nine Steps of Forgiving through Jesus' Beatitudes by Flora Slosson Wuellner.

An Unfinished Life, directed by Lasse Hallstrom, has some violence including domestic abuse and language. I ordered this from the library, but it still hasn't come in yet.

Music can intensify our emotional responses so that we experience a breakthrough to a different level of awareness. That is why it often helps to listen to sad songs when we feel depressed. And that is why Threnody to the Victims of Hiroshima by Krzysztof Penderecki is recommended for the practice of forgiveness.

The Spiritual Practices website said, "This song of mourning and lamentation realized through an avant-garde musical score is a jarring sound-world of strange chords, ominous crescendos, and startling breaks. The effect is cathartic, just what is needed to set the stage for forgiveness."

I actually found the music to be more scary - almost eerie - than reflective of the spirit of forgiveness. This song, though, is exactly how it is described with strange chords and startling breaks. It's a very disconcerting song...and perhaps that is the point when one is thinking of what happened at Hiroshima.

Rembrandt's painting The Return of the Prodigal Son captures the climactic moment in Jesus' parable (Luke 15: 11-32). 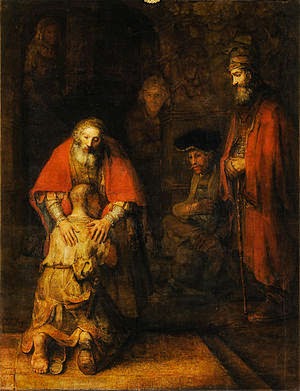 Looking at the father's expression and his hands on his son's back, I could sense his forgiveness of his son. On the side, the elder son looks on, and he's obviously unhappy with his father's display of unconditional love. Interestingly, it shows that sometimes it is not easy to tolerate or accept forgiveness.

• When I clean my room, I am reminded of the cleansing and restorative power of forgiveness. For some reason, these cues aren't coming to mind as I do these activities. Maybe I need to be more mindful of these cues or write them down and refer to them as I go about various activities. At any rate, this week's spiritual practice wasn't as present in the things that I did during the past couple of weeks.

Practice of the Day


Forgiveness is an embrace,
across all barriers,
against all odds,
in defiance of all that is mean and petty
and vindictive and cruel
in this life.
— Kent Nerburn in Calm Surrender

To Practice This Thought: Embrace in your heart everyone you need to forgive, including yourself.

These are questions that are ones that are better for journal writing than blogging, but worth sharing here nonetheless:

• Make a "confession of sins." List instances in your journal when you have hurt, betrayed, lied to, ignored, or used another being. Note times when you have failed to do the right thing and left good things undone. At the bottom of your list, add a prayer for forgiveness.

• Write a letter to someone who has died asking for forgiveness or expressing your forgiveness. Write another letter in the voice of this person back to you agreeing to or acknowledging your request.

As noted above, these also are questions that are ones that are better for journal writing than blogging:

• Tell the story of one of your most vivid experiences of forgiveness.

• Do you think repentance-an admission of wrongdoing, a sign of remorse, or a commitment to change-should be a prerequisite for forgiveness? Why or why not?

• Are any acts unforgivable? If you think so, give examples and explain.

The need to resolve conflicts and forgive each other becomes very evident in the close confines of a home. Without discussing a particular grievance, talk together about some ways you can facilitate forgiveness.

Some couples, for examples, don't let the sun go down on an argument. Others use rituals to reinforce a desire for reconciliation. 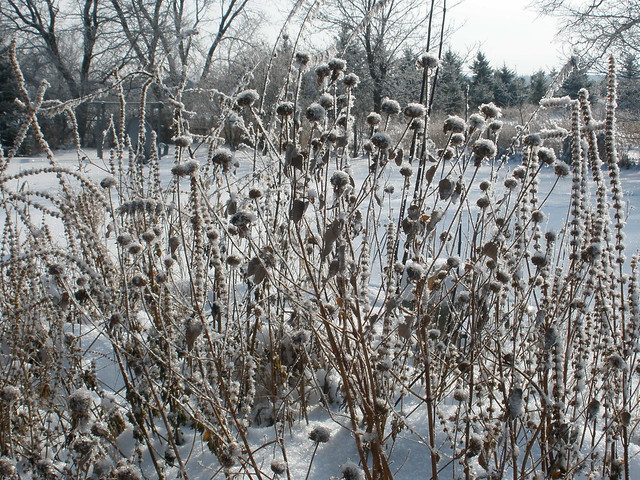 
This is a good idea from Ardath Rodale: Pull a weed to remove a grudge; then plant a seed to indicate the sprouting of new love in your heart.
Posted by Harvest Moon by Hand at 11:59 PM

Wonderful post. I have found that the more I am able to forgive myself the more I can forgive others. So true!! Have a great week. :)