In an effort to continue to remove toxins from our home, I've been making some natural products using essential oils, vinegar, lemon juice, and other non-chemically-altered products

In this process, I came across an interesting pin on Pinterest that led to Natural Living Mamma about how the average American uses about 25 gallons of hazardous, toxic chemical products per year in one's home.  The majority of these can be found in household cleaning products. (”Prosperity Without Pollution,” by Joel S. Hirschorn and Kirsten V. Oldenburg, 1991)


In 1985, the Environmental Protection Agency reported that "toxic chemicals in household cleaners are three times more likely to cause cancer than air pollution."


One of the most surprising facts came from REACH (Registration, Evaluation, and Authorization of Chemicals, a European Union program) that noted: "In the past 50 years more than 75,000 chemicals have been introduced into the environment. Today 300 synthetic chemicals are found in the bodies of humans. Even newborn babies have synthetic chemicals passed on from their mothers."

Given these facts, I am happy that some of the cleaning products that I use are already are healthier than others out there. We use products from Watkins, Mrs. Meyers, and Element.

I was curious, though, about going a step further by making my own natural cleaning products. So, I started with counter spray. 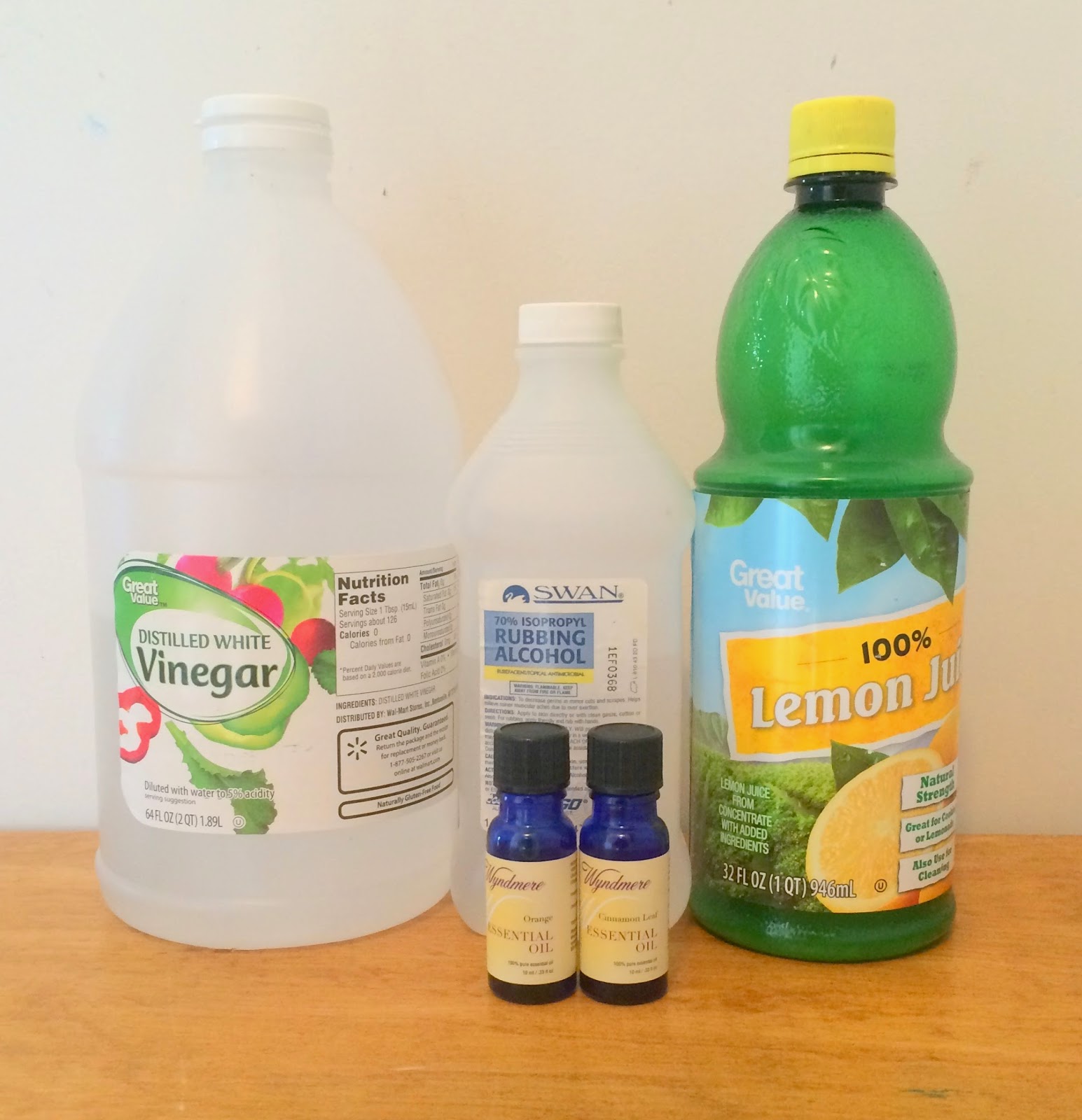 Natural Living Mamma stated that, "Most natural cleaning recipes out there use white vinegar as a base for everything, but this recipe has an extra special punch that leaves the surface squeaky clean, microbe free, and does not leave a streaky finish like most vinegar cleaners. What is the secret? Alcohol. Alcohol is a great disinfectant and evaporates quickly to leave a streak free shine."

Note: I chose cinnamon since Natural Living Mamma said that it has the ability to kill salmonella, MRSA, and other potent strains of bacteria.

Once the ingredients are gathered, measure each one and pour into a spray bottle.

To use, simply spray on the counter and wipe it dry. I also used this spray on a tile floor in the bathroom and walls. It worked equally well on all surfaces. 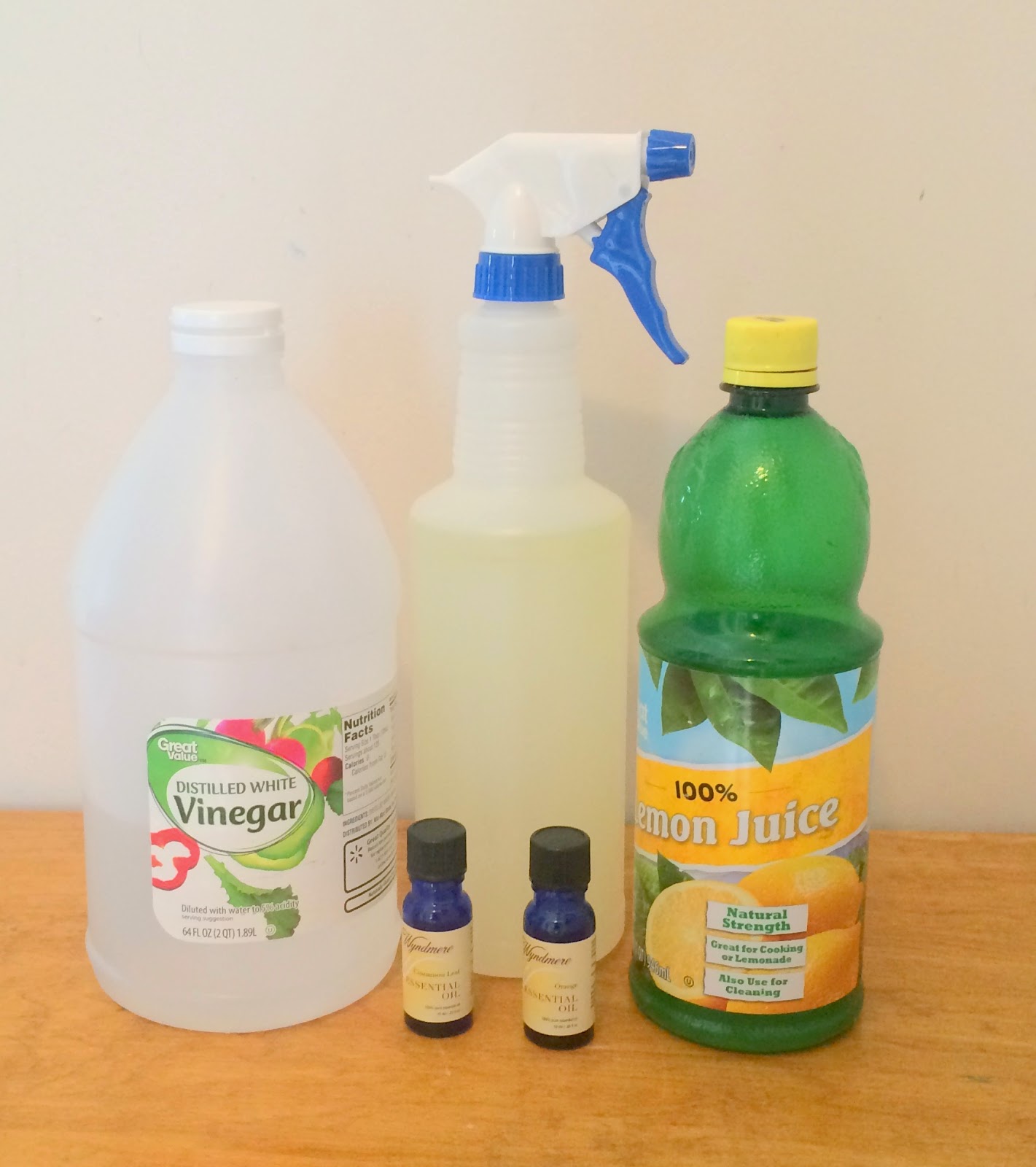 Although the spray has a rather strong rubbing alcohol-vinegar smell initially, it does fade quite quickly. I was surprised that both those scents didn't linger. The lasting smell is a clean, cinnamon-orange scent with is pleasant and refreshing.

I'm excited about moving closer to having a healthier home and greater wellness for us all.
Posted by Harvest Moon by Hand at 9:00 AM