For most of the day I cleaned seven cupboards in the kitchen. At 3:00 p.m., the alarm on my phone went off as a reminder to take a photograph of something that was happening at that time.

So, Cooper and I went outside and Bailey (the pony) was standing near the gate. As she saw us approaching, the came closer to the gate. Before long, Cooper and Bailey were visiting one another. 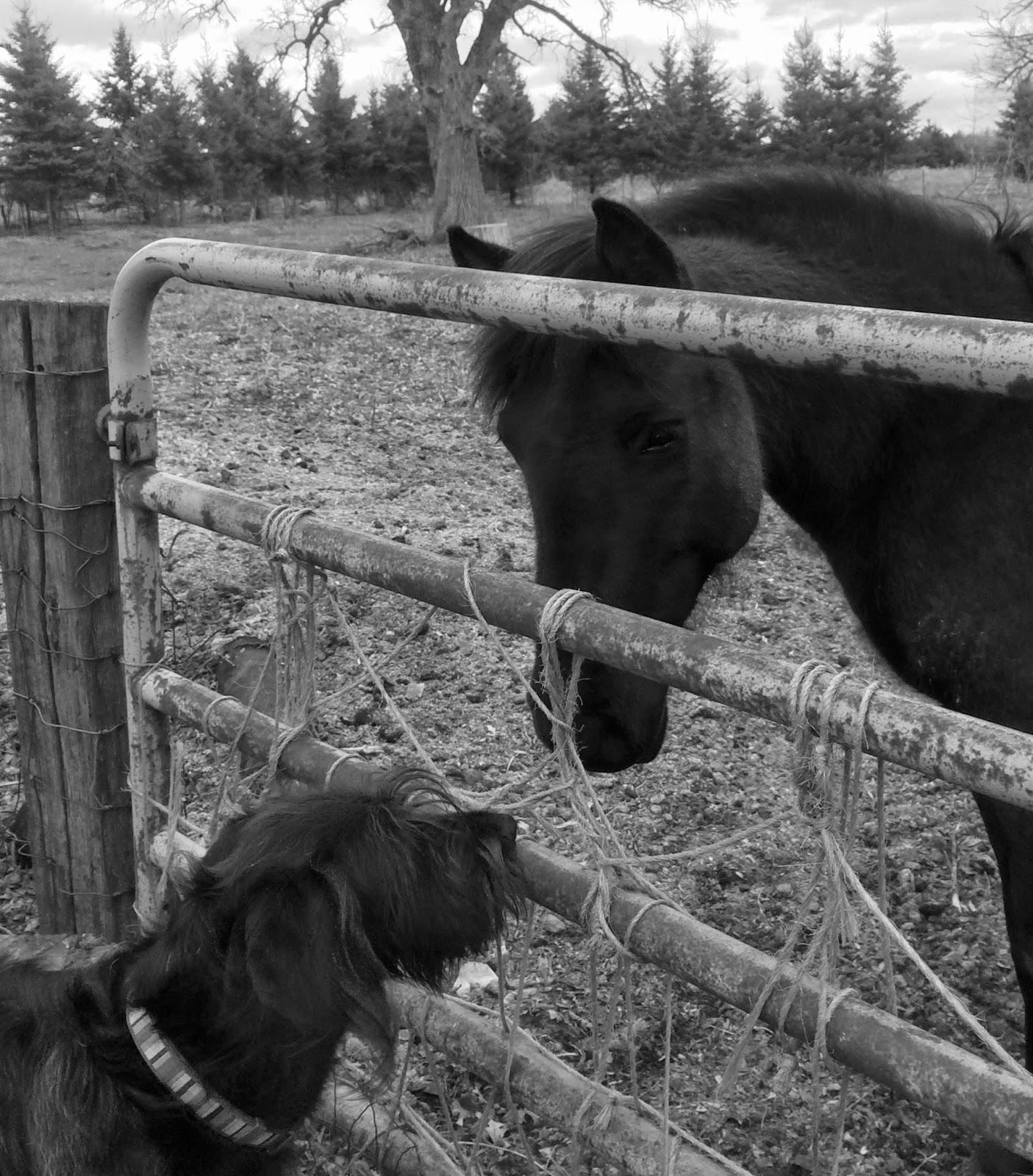 Both Cooper and Bailey enjoy seeing one another at this shared fence. Sometimes, with encouragement from Cooper, Bailey and Hoss will put on a "show" for him - galloping around the pasture, kicking their legs high up in the air, and acting like day-old lambs who frolic in the field and turn in circles in the air.

Today, however, Bailey just wanted to walk alongside the fence with Cooper and me. Initially she was afraid of the camera, but before long it was almost as if she was posing, turning her head in different directions and making sure her ears were forward or upright.

It was a nice break for us all. Perhaps this is something worth doing: setting my alarm at a random time during the day in order to take a walk outdoors. There's something refreshing about taking a break from work and heading outside...even if it is for a short period of time.

Posted by Harvest Moon by Hand at 9:19 PM