It's time for another Photo Scavenger Hunt! There used to be monthly scavenger hunts on Swap-Bot for a while that I enjoyed doing, and then there was a break for some reason. I was happy to see that they started up again.

So, for this month, there are six items to look for and photograph. Below are the items that I needed to find and photograph; and a little about them.

An item a child would be happy to have

This may seem a bit unusual, but for our family having a butterfly rearing cage has been something that my daughters have been happy to have since they were young (Sophia was 7 years old and Olivia was 5 years old).

The cage they have had is on the far left. It has been more than sufficient for us in the past since we only have found one or two monarch caterpillars to raise. 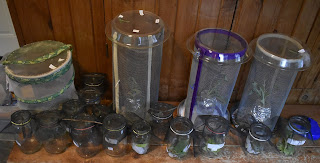 This year, however, we have found over 40 monarchs caterpillars - including two that were still in their eggs! This has been such a great learning experience for us all as we've been able to watch caterpillars hatch from eggs (a first for us!) and see them transform themselves into a chrysalis (a first for Sophia and Olivia!). 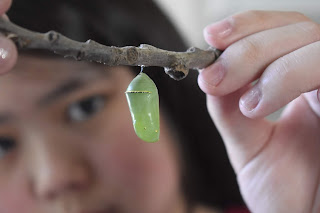 We all get so much joy from being able to release a monarch that we raised. 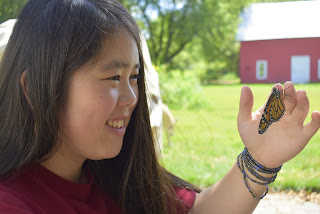 Each one is beautiful and has a different behavior. Some love to stay on our hands and not leave, while others are ready to fly and explore. 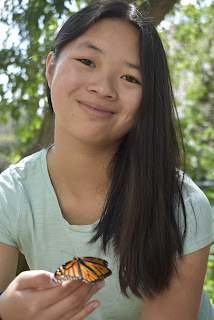 We love to see the monarchs hanging around our farm after they've been released. The one below on the left was just released (it's the one Olivia is holding above). The other monarch has a friend it flies around with. Those two monarchs have been flying around our backyard for several days now. 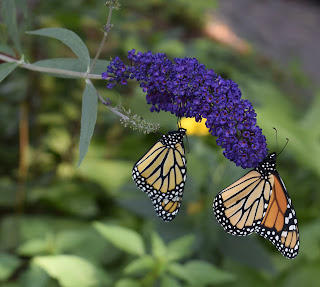 The next couple weeks will be filled with releases. It will be interesting to see if any monarchs will be born on the same day.

An animal that isn't your pet

This rabbit was one of many at the Almelund Threshing Show on August 11th. There was an enclosure for the rabbits; and inside it were these little buildings that were open on one side and had a cover over the top to provide shade for them. 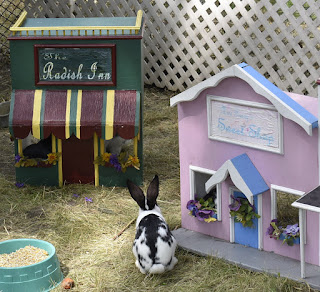 Each of the little structures had a different theme - an inn, sweet shop, general store, restaurant, church, and gazebo.

I thought for a moment about wanting to build little structures like these for the wild bunnies around our yard...but then thought they probably have much safer places to hide and relax. Plus, since they've been eating my perennials, I don't want to encourage them to stay around the flowers. There's plenty of other places on the farm to live.

There are lots of sharp pins in the chicken pincushion as well as holding together fabric that I used to make a pillowcase using the "burrito method." There is a green trim, red accent trim, and then the main pillowcase fabric. 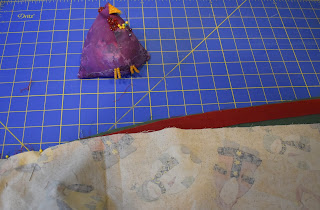 All of the fabric is rolled up inside of the green trim and secured with pins. 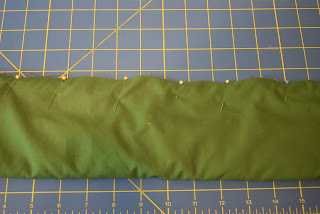 After sewing where the pins are, you pull out the fabric from inside the trim.

I sewed along the edges, with right sides facing together. Then, I turned it out so that the right sides were facing out.

To do French seams (to finish off the inside and make the edges more durable), I sewed about 1/4" along the sides that were sewn. Then, I turned the fabric inside out again so that the right sides faced one another. I sewed 1/2" along the sides so that the 1/4" seam was inside the larger seam.

Finally, I turned the pillowcase out again so the right sides were on the outside. The pillowcase was done. This is such an easy method of making pillowcases, and one that I will use again.

This was a canvas poster/print that was at Mai Little Cakes in Stillwater, Minnesota. The shop is a combination bubble tea/dessert place which Sophia, Olivia, and I went to in early-August. 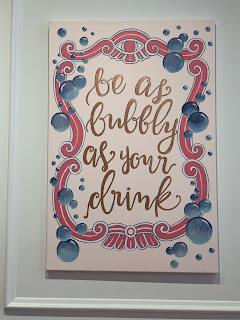 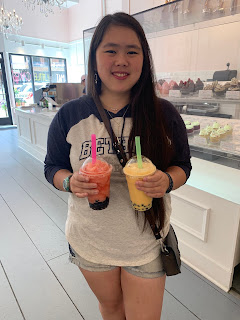 When the girls were little, we went to a Dragon Boat Festival in St. Paul where we first tasted bubble tea. Since then, we've enjoyed bubble tea whenever we are close to a restaurant that offers it.

Something older than you are

There are a couple of things that I saw at the Almelund Threshing Show that are older than I am: a radio hat and a covered horse sleigh.

First, the radio hat. Apparently before headphones there were radio hats. The ad says that it covers the entire broadcast band up to 20 miles. 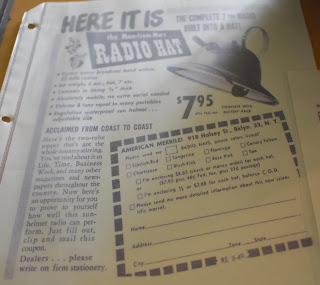 You could order it for under $9 - including tax and shipping - in such attractive colors as lipstick red, chartreuse, or canary yellow. There were two tubes - I guess this was a big deal for some reason. 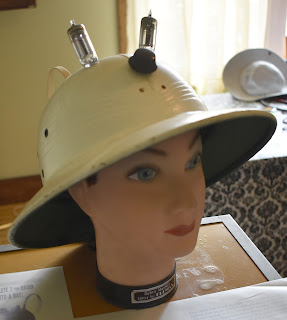 Something I've never seen before is an enclosed sleigh that would have been pulled by a horse or horses. In a cold climate - like we have in Minnesota - this would have been both a luxury and necessity. 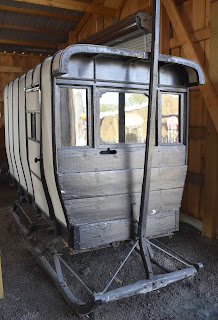 The inside wasn't anything fancy - just two wood benches - one facing forward and one facing toward the back. There were doors on both sides and in the back. It was made from wood and a type of canvas. I think the main purpose was to shield the riders from the bitter cold and wind. 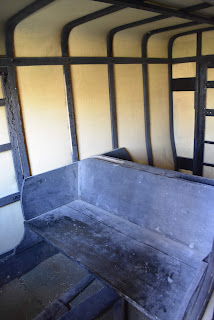 Something in rows or stacks

As I looked around our home, the stacks of board games and puzzles stood out. We've played every board game many times, especially when the girls were younger. I miss doing that now...and will miss it even more when Sophia goes to college this week.

Olivia is the family member who loves puzzles and putting them together. The more complex, the better. Sometimes she'll take out a 300-500 piece puzzle to do something quickly. The 3,000+ piece puzzles are the ones that are longer-term commitments for assembling.
Posted by Harvest Moon by Hand at 7:17 PM