As I look back on August, here are some of my favorite photos. None are artistic shots, rather they represent things I did with others or memories of experiences that stand out for me.

On August 1st, Sophia, Olivia, and I - along with two senior friends, Mary and Art - went to the local county fair. We all did well on the projects we entered. Olivia was especially happy to receive a Grand Champion award for an etching she did and have her work featured in the display box in the creative arts area. 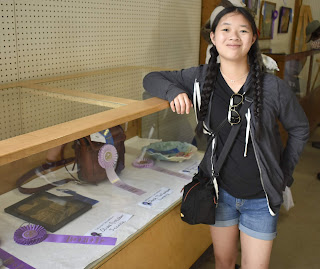 On August 3rd, Sophia and I went on the quilt shop hop bus tour. We visited eight shops in the metro area - each having a specially-designed pattern using Minnesota-theme fabrics. We are standing by the quilt that features all the patterns that were designed by the participating quilt shops throughout Minnesota. 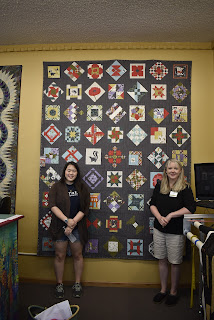 On August 10th, Sophia and I spent time at the humane society doing music and one-on-one therapy with three dogs waiting to be adopted. 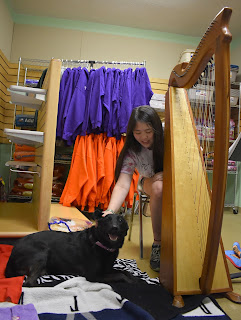 The next day, we went to the Minneapolis Farmers Market and got a lot of produce to can and preserve. A quick stop at Wal-Mart to get a few canning supplies, showed us some new animal heads that people could purchase - including this panda head that Olivia put on. 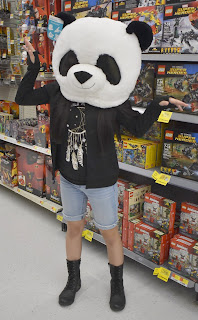 The girls asked to make pickles so we bought a bushel of pickling cucumbers. They washed, scrubbed, and sliced the cucumbers; and put the garlic and slices in the jars.  They put the hot pickling solution in the jars; and I handled the sealing of them as well as transferring them to and from the hot water bath. 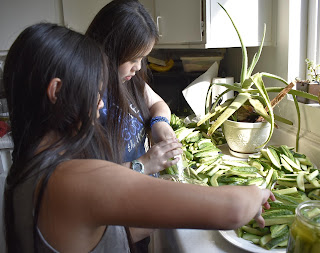 By mid-August, the hibiscus flowers were in full bloom. This is a tri-braided hibiscus tree that has yellow, red, and orange flowers. It's beautiful. 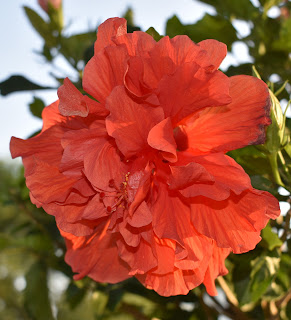 One of the rose bushes was doing well and had about a half dozen roses on it. 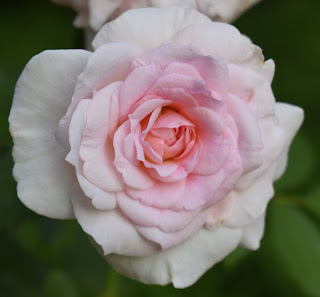 On August 21st, I took Olivia to target practice for 4-H Shooting Sports. This is the first year that she participated in trap shooting and target practice with a .22 rifle.

The rifle belonged to my dad and my brother inherited it. He let Olivia use it which made the photo below even more meaningful knowing that my dad - at one time - had used the rifle. He never hunted, so I'm not sure why he had the gun. 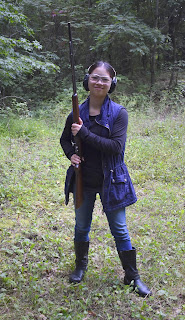 Building on the garage began during the third week of August. In only a few days, the structure was up which was amazing. There's still a lot of work left to be done on it, but it's coming along. 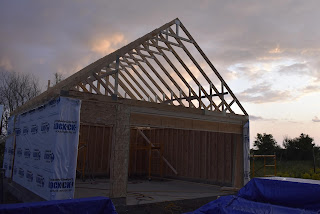 There was a beautiful rainbow on the night that we came home from Olivia's target practice. This is the view on the road in front of our home. 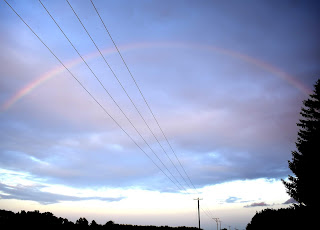 Looking the other way (to the west), the sun was setting. 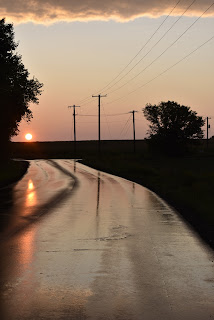 The next day, August 22nd, the flowers looked so bright and colorful. 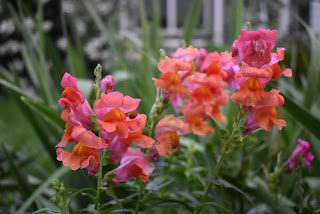 Olivia and I took a pottery class together at a local arts center. During August, she made six bowls and two vases. 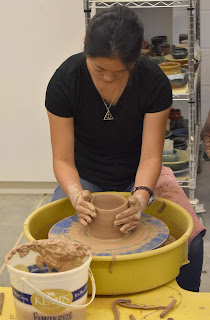 I made four bowls, the bread basket (shown below), and started work on four slab bowls or plates. 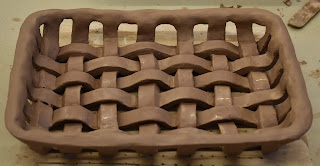 On August 28th, we went to the State Fair. This year, the girls humored me and stood behind several of the face cut-out displays. The one below is my favorite one. 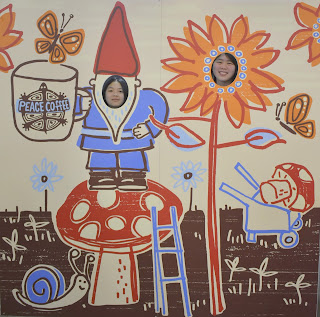 Olivia did very well with her photograph in the Photography project area in 4-H. She also won a blue ribbon on her presentation about caves and cave exploration. 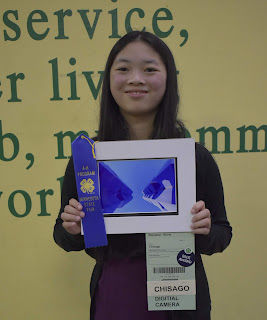 Sophia gave her presentation on bunions and their surgical removal. She included rather graphic photos of what a bunionectomy looks like. Surprisingly, the more graphic the presentation got, the more people gathered around. I guess people like to look at surgical photos. 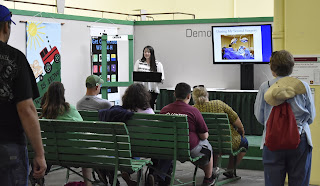 The girls continued to humor me at the State Fair by standing by various sculptures. This one was one that we hadn't seen before. We noticed that the cow and Olivia kind of matched. 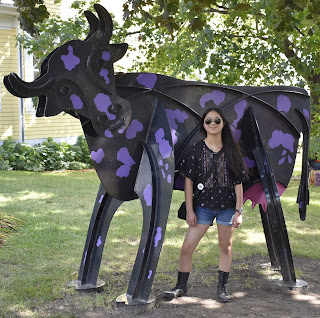 We also are starting a special project for Sophia's graduation that will be in May 2019. Olivia is taking photos of Sophia each month and will put them together in a book that both celebrates her senior year and will highlight special things from each month. 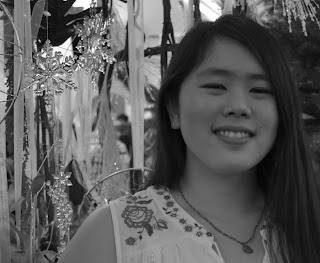 One of the highlights of the fair this year was going on the giant Ferris wheel. 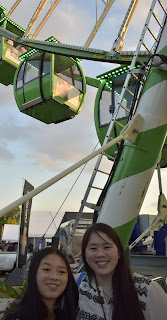 Something like 17 semi-trucks come in with the parts to this ride.

They assemble it at the fair. 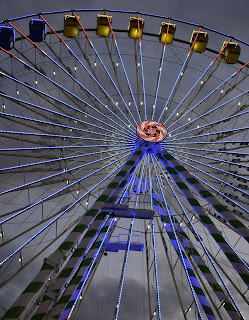 It's an impressive structure and the views were outstanding - especially when the sun is setting. 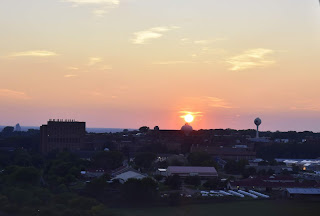 So, those were my favorite photos from August. It was a month filled with lots of activities and good memories. It was a great way to wrap up the summer!

Posted by Harvest Moon by Hand at 7:08 AM

Congrats to Olivia on the awards!
Glad the garage is getting put up. Hopefully will be done before the snow flies. ;)
The senior year scrapbook idea is wonderful.
The flowers look gorgeous.
What a great post packed full of memories! :)
Enjoy the long weekend.